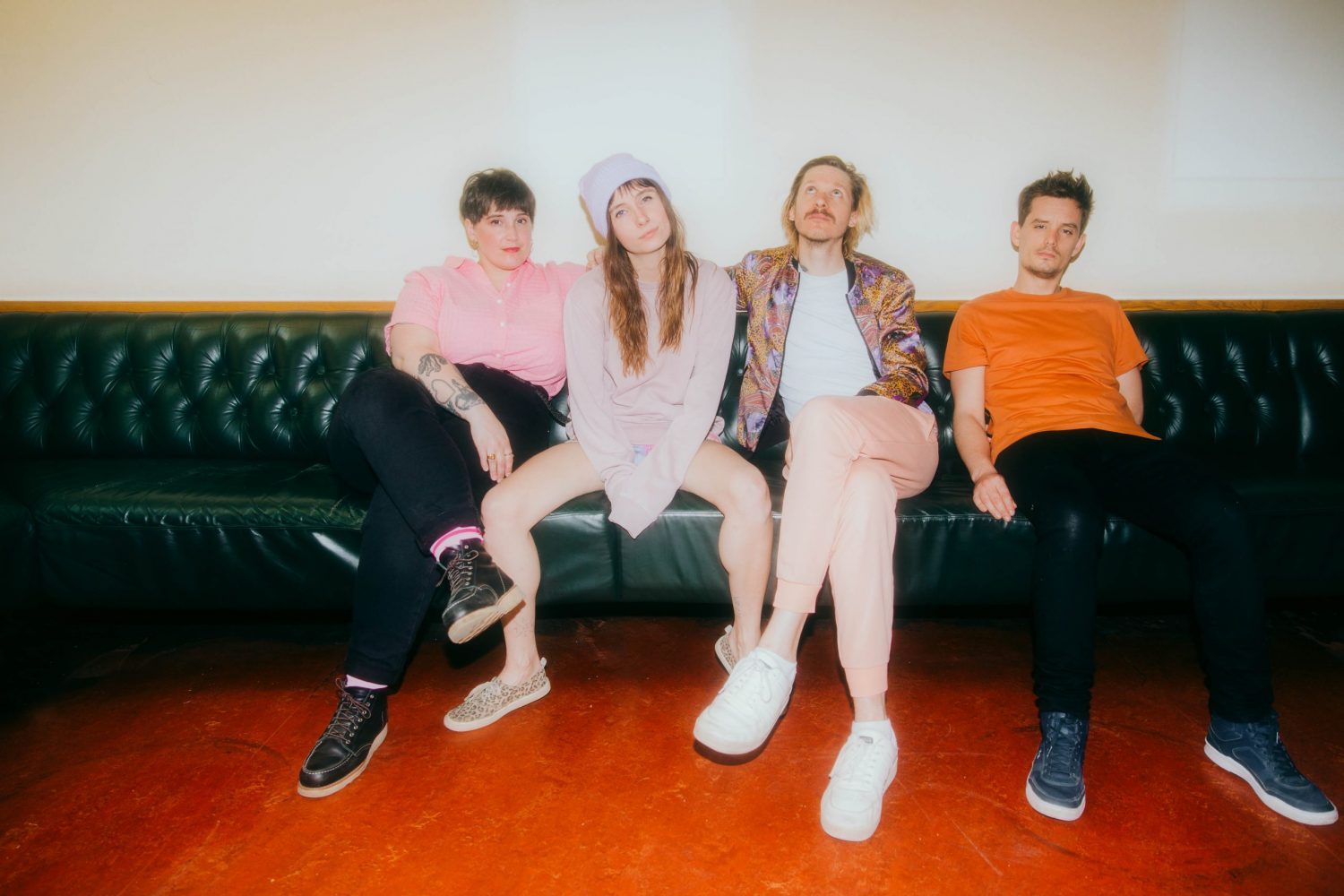 Feminist punk band up the ante with their new album ‘Baby ‘. But is it any good?

The opening track of Petrol Girls new album Baby gives us an inkling as to where this body of work sits in our current times of turmoil. As the world grapples with a tangible shift to the right, hard-fought-for rights being rolled back and a general sense that we’re fighting for our survival, we are sinking in a soup of injustice, hypocrisy and frantic grasps for power.

And when lead singer Ren Aldridge sings “I see a lot of preachers, but I don’t see no saints” in opening track Preachers, that seems like a pretty neat summation of where we’re at at the moment.

In fact, the whole album is a sharp observation and whistle-stop tour through many of the prevailing ills that are both systemic and seemingly growing. It may seem a bit obvious to bring up the ethics and tactics of riot grrrl when talking about Petrol Girls, but there’s a good reason that modern feminist punk can often finds itself talked about in the same breath as that early ’90s female-led punk movement- the raw punk energy coupled with eloquent discussion on topics from bodily autonomy, disenfranchisement and exploitation has not lost any of its potency or relevance, 30 years on.

Petrol Girls formed in 2012 and are known for their political punk showcased across their first two albums- 2016 debut Talk of Violence and 2019s Cut and Stitch.

Their latest offering, Baby – released today (June 24th 2022) through the London-based independent label Hassle – sees righteous anger permeate the record, in true Petrol Girls style. It is punk brought into the here and now, speaking to the issues that affect us in 2022 with hypocrites and oppressors in their sights. But the album is not without a sense of humour or irreverence, but the messages are not diluted or lost.

“We wanted [this album] to be less epic and less preachy from day one,” Aldridge says. “I hate sanctimoniousness. Like, really fucking hate it. But I also know that I have been mega preachy, and felt very pressured to be sanctimonious because we’ve always played in a very political punk scene. I lost my fun side, and I really needed to come back to that.”

The tension ramps up across the first five tracks- Baby I Had an Abortion and Clowns pack a particular punch and Ren’s furious vocals make you sit up and take notice.

There’s a slight change of pace as we reach the middle track Unsettle- it feels like you’ve got a chance to get your breath back and have a metaphorical sit down. The reprieve doesn’t last for long though as the band have a lot more to communicate and more shit to call out. The music from here morphs into something more chaotic and challenging as we head towards the end, mirroring the overwhelming energy and fury building up to fever pitch.

Fight for Our Lives brings in vocal support from Janey Starling- ex-Dream Nails singer and activist for feminist organisation Level Up. A chant of ‘You Don’t Own Us’ is sure to make this a fan favourite on the album as a slogan is born. The final track ‘Bones’ has a progressive metal sound to it and a sing a long quality that befits the role of final track and gives us an appropriate crescendo.

There are statements of solidarity throughout the album- to victims of male violence, the trans community, and undocumented workers. If you need a strong advocate and reassurance that there are people fighting your corner and sharing your politics then this album leaves you in no doubt about who the Petrol Girls are allied with. This is music to wake you up, shake you and then put a reassuring arm around you as it whispers ‘you’re not alone’.

Baby, is a stellar album from a brilliant band. Don’t just download this album, the one needs to be in your vinyl collection! Buy LP Here

Get loud with more punk news…