Why Punk Has Changed Business Forever! 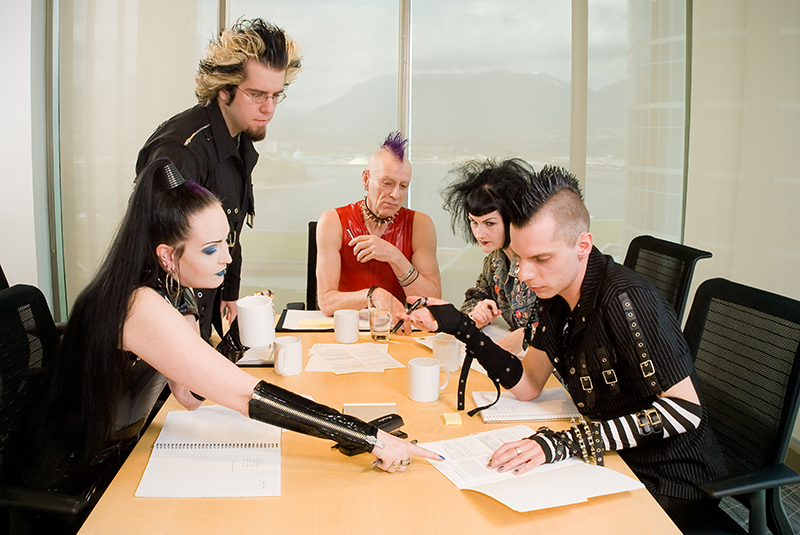 It might sound strange using the words ‘punk’ and ‘business’ in the same sentence, but the rebellious movement might have actually changed business for the better.

As the original punk movement emerged in the 1970s, there was a lot wrong in the world – especially in the UK. There was a deep recession, historically high unemployment and because political leaders refused to negotiate with unions, large-scale strikes crippled companies and industries alike.

The youth of the day where in vehement opposition to the establishment, because they believed it presented them with nothing but a dead-end existence and excuses. It was that feeling of disenfranchisement that fuelled the punk movement.

Unlike earlier movements punk took charge and was a true catalyst for change. The youth was fully-vested because they saw that their future that was in the hands of these so-called leaders. One thing they were sure of is that society had to change.

Punks had a cause. They aimed for authenticity and refused to conform. In doing so they created a change that shook society to its core. It was a much-needed wake-up call, for not only the conservative part of the music industry, but politics, society, and business too.

Don’t Be ‘Just Another Brick In The Wall’

Many stodgy, old-fashioned firms have been transformed by ‘punky’ upstarts and disrupters who ripped up the business rulebook and rewrote it by challenging the status quo. However, many modern corporate structures and their reward systems do nothing to encourage or nurture innovation. Corporations may talk about ‘disruption’ but until they learn to reward the challengers then they will fail in this endeavour.

Most of us are wired from childhood to conform, through school and into adult life. For the traditional enterprise the notion of stepping out of line, or sticking one’s head above the parapet is usually rewarded in the end with unemployment!

Therefore, this has been left to the children of punk to rise, get fired, or thrive – those people who have the ‘I don’t give a fuck’ doctrine within them. If it were not for that attitude then punk would never have changed anything, let alone the perceived standard norms of business

The principles of business today now include such terms as ‘fail fast’, ‘get to no’ and ‘un-fuck-it’. These are all concepts that traditional business leaders miss-comprehend the power of.

‘Pushing the boundaries to the limit’ is one of the fundamental principles of punk – a principle that should be adopted by business.

The End of The ‘Kodak Moment’

Kodak had their moment to ‘push the boundaries’ and fucked it up. An ‘upstart’ at the film company, Steve Sasson, invented the digital camera but an executive at Kodak caboshed the idea claiming that camera film was, and would continue to be, the future of the firm. Kodak ultimately failed to anticipate how popular digital cameras would become and because they refused to innovate, in January 2012 Kodak filed for Chapter 11 bankruptcy protection in the United States

But then there are the more successful examples in business. Richard Branson and his Virgin empire and how he himself was an early supporter of punk for example.

Setting up shop above a shoe store at the Tottenham Court Road end of Oxford Street, London, Branson, along with entrepreneurs Simon Draper, Nik Powell, and musician Tom Newman, spotted an opportunity and made it big.

After the Sex Pistols firing from the EMI label then in short order A&M, in May 1977 Branson and Virgin signed them up and were ready to release God Save The Queen to coincide with the Queen’s Silver Jubilee that summer.

Branson did not only ‘disrupt’ the record industry, he went on to disrupt many other business sectors including; air travel, banking, hotels – even space tourism – you see, ‘business punks’ like Branson are also optimists and believe that anything is possible, and everything is ripe to be ‘disrupted’.

Bill Gates and his revolution of the personal computer is another example – who would have thought how that would transform the world? Then the Internet, Google, UBER, Airbnb, BrewDog, Elon Musk and his ‘Tesla revolution’, and of course SpaceX! All these businesses disrupted age-old industries, and if they didn’t have a rebellious ‘punk’ at the helm they might not have been so successful.

Whether you disagree with the analogy or not, the leaders of these organisations are punks thanks to their total disregard for the status quo and the obstacles of tradition that are put in their way.

The Punk Rock of Business

Punks are the new trailblazers in the corporate world and you can no longer ignore them! In his book, The Punk Rock of Business, author Jeremy Dale believes that too many businesses create an environment that encourages mediocrity and corporate norms that deliver lukewarm results at best. Dale offers a road map away from the average and towards innovation through a mindset rooted in punk principles.

It is true that business needs conformists, but in order to thrive and reinvent themselves – to ‘stay ahead of the curve’ – businesses also need people like you! People who have that punk ethos in their hearts and the courage to kick against the norm and challenge the doctrines of the past.

Like every corporation board of today should be equally represented with diversity of race, gender and sexuality, every board should be represented by out-of-the-box thinking and at least one punk!

No Future? Believe that at your peril! 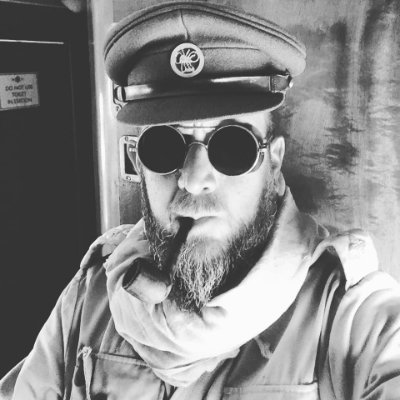 I’m an indie author, a storyteller of five novels so far. For my novels, I take actual, true-life events and wrap them in fiction to create intriguing and memorable tales. In each of my books, the story begins in a bar somewhere in the world and unfolds from there. That is always a great place to share and hear a story or two and gather material to continue to tell my tales! My books are available at many online retail stores including Amazon.