Swedish Punk Rockers ACID BLOOD Take it ‘To The Grave’ 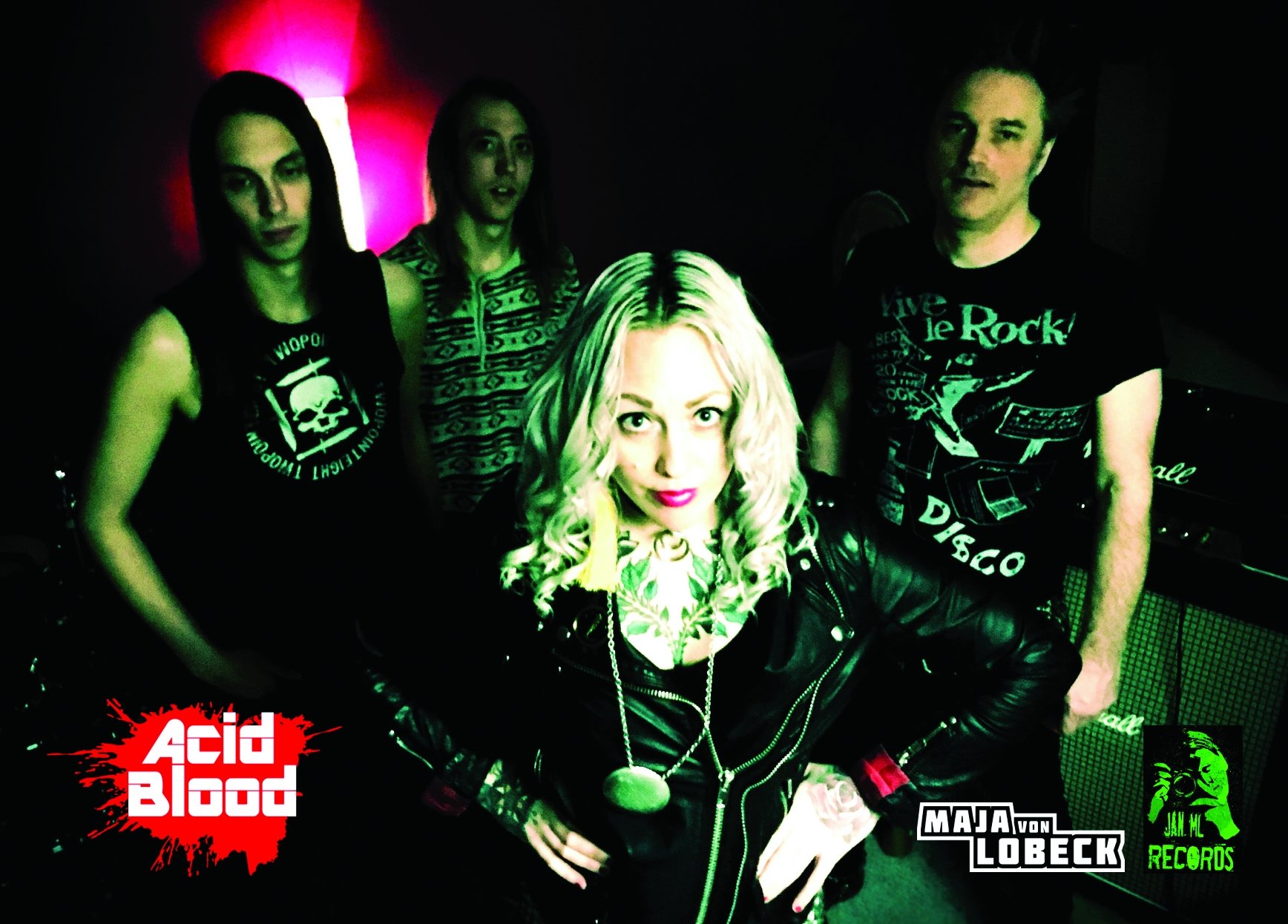 Swedish music has evolved in a frenzy, purging distant memories of pop driven ABBA and Roxette for good, with ACID BLOOD crashing onto the scene with their hardcore blend of Punk and Thrash emitting enough intensity to make your ears bleed.

Their debut self titled album has the ferocity of a head on collision with lead vocalist Jojo Anderbygd controlling the momentum with a screeching fury. From the fast paced hardcore groove of the opening track title track, the album kicks off with 10,000 volts hitting every nerve in the best possible way.

To The Grave follows on from singles Acid Blood, the high energy Citrus Blast, the brutal Waste No Time and the fast paced banger Don’t You Die.

Founded by Jojo Anderbygd and Karl Backman (previously AC4, Vectors, The T-55’s) Acid Blood have a sound sitting somewhere between Motorhead and The Stooges with a female driving force, Acid Blood feature ex-members of bands such as AC4, The Vectors and Raging Steel and bring a barrage of groove laden, rock and roll style riffs and vocals capable of shattering bone.