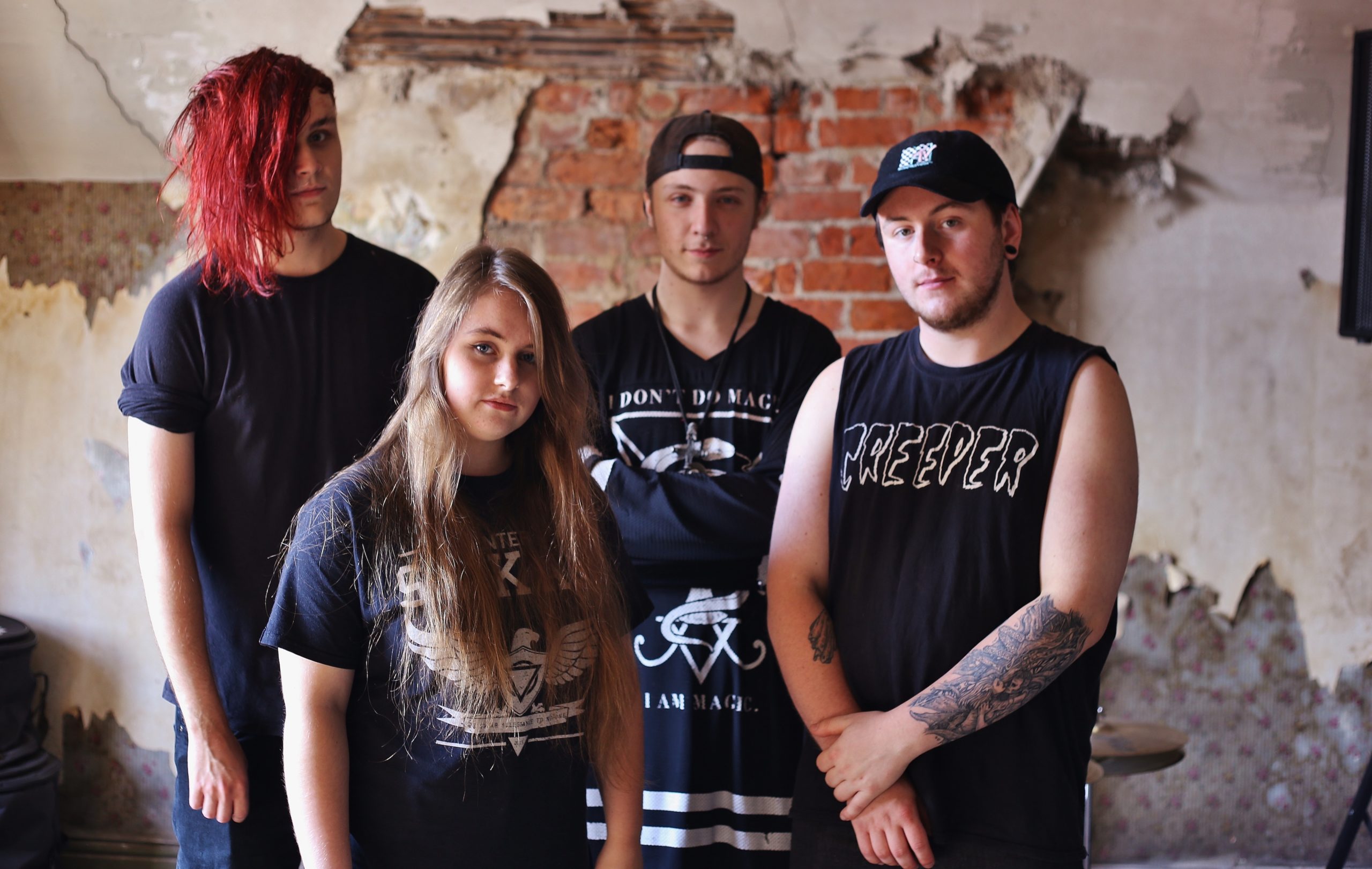 Don’t assume anything! Octopus Montage is not just another angsty pop punk-band. They’ll lure you into false security with upbeat Blink 182-esque riffs, then drag you in by the hair, kicking and screaming, embracing their metalcore soul.

This Blackpool bred quartet embraces an eclectic mix of these dual genres, perfect for anyone who wants to beat up a friend or hug an enemy.

“The song focuses on the mindset many people find themselves in when they’re in their late teens and early 20’s and have to start acting like a ‘proper adult’ but have no idea how to do so,” the band shares.

“It looks at issues like lifelong friends entering long-term relationships, moving up in their life while you’re still single, working a dead-end job and living at home. Hence the need for a release of Dopamine in the brain – a naturally created chemical in the brain known as a ‘feel-good transmitter.’”

They continue: “The sarcastic twist, ’here goes another blow, another worthless anecdote,’ is inspired by bands like blink-182, who exposed the difficulty of growing up while showing that a bad situation can be looked back on and laughed at later down the line. It proves that everything may not be as bad as it may seem. We also wanted to continue showcasing both our softer and heavier sides.”

Their dual musical personality will take you on one hell of a sonic ride. There’s no shortage of pop punk inspiration in tracks like Right Here With Me and Grow Up .

This flips with an injection of aggression in songs like A Shortcut. Brilliantly they bring the two together in Grow Up. Their music gives a big nod to bands like A Day To Remember and Four Year Strong.

Their cover of Simple Plan’s What New, Scooby Doo? has seen over 8 million Spotify streams. With two EPs, and a handful of singles under their belts, the band is preparing to release its first full-length album How To Live and How To Lose. later this year.

Find out more about Octopus Montage

If you like this story check out more here…