Irish Pop-Punk Duo Light Grey ask, “Are You Even Real?” 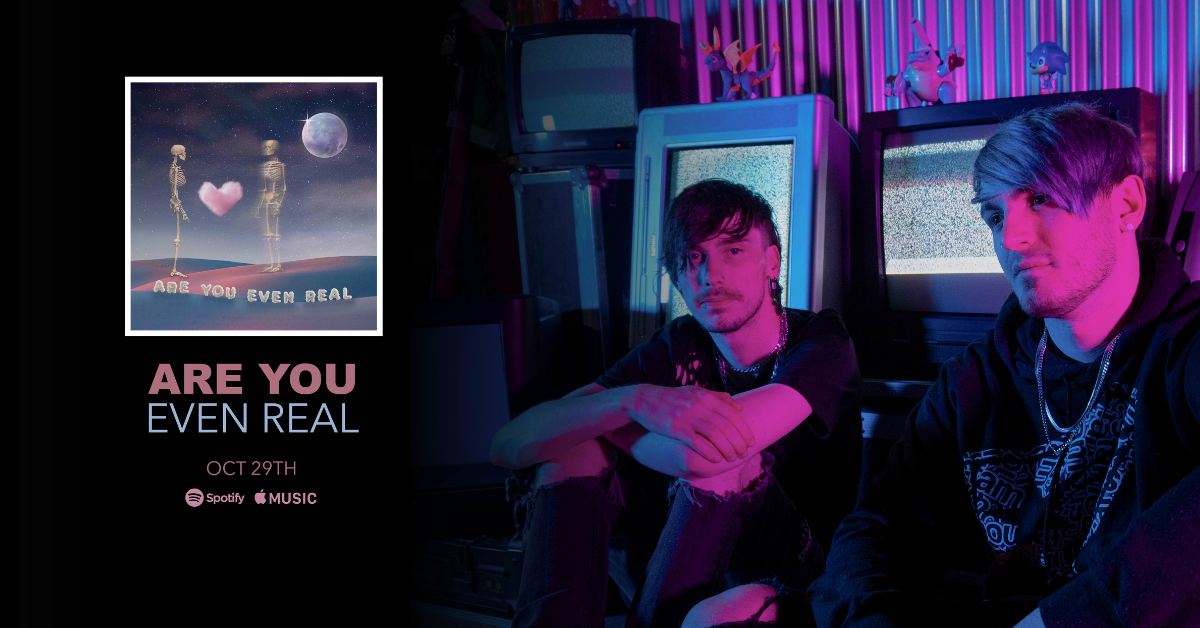 Galway-based Pop-Punk band Light Grey drop their self-released, belter of an EP ‘Are You Even Real’ – a tale of friendships gone sour.

Formed in late 2017, Light Grey stepped out into the alternative music scene with the release of their debut pop-rock EP, ‘Beginners Luck’. In a temporary full-band format, they subsequently released three singles throughout 2019 and 2020.

Now on the heels of a lineup change that has seen them return to their original two-man act, of Ciaran Nevin and Mikey Connolly, they are showing off their musical evolution with their latest EP titled ‘Are You Even Real’ (out today, 29th of October 2021). Co-produced and mixed by Luke Bovil (Happydaze), these five tracks mark the band’s divergence into a grittier, hip-hop-accented take on 2000s punk.

The EP dives into the lives of members Ciaran and Mikey and the struggles they have both faced over the last two years as a band.

The duo share that – “The main theme behind the EP is the complexities of a friendship gone sour. It’s about coming to the realisation that the friends you had were never really there for you in the first place. This is why we gave it the title ‘Are You Even Real’.

“Because of the worldwide lockdowns over the past year or so, people are reassessing who their real friends are,” the band says. “This EP is a supplement to the pain of moving on from the toxic people in your life”.

Are You Even Real’ is driven by a combination of sharp trap samples and heavy punk drums, complemented by gritty guitar riffs and insanely catchy vocal melodies—with most tracks climaxing into explosive and unforgettable choruses that are sharply contrasted by their introspective lyrical themes.

Light Grey make a clear stance on their mission statement — “Walk through any Irish city street, and you’ll see there’s no shortage of alt kids or punks in Ireland, to the point that it’s shocking not to find modern pop-punk bands here.”

‘Are You Even Real’ is supported with high production and youthful vibes. There is a familiarity to their sound, but it’s accompanied with marginal rap flourishes, which formulate into the modern pop-punk offering.

In addition to facilitating the production of their own discography, Ciaran and Mikey have also worked on tracks alongside the likes of Sammy Clifford (WSTR) and Smrtdeath over the course of their so-far short tenure.

This is one band to watch, and of course, listen to. Just make sure the volume is cranked up to 11!

Are you Even Real is available to stream on all platforms or you can check it out below.

If you enjoyed this you’ll love………