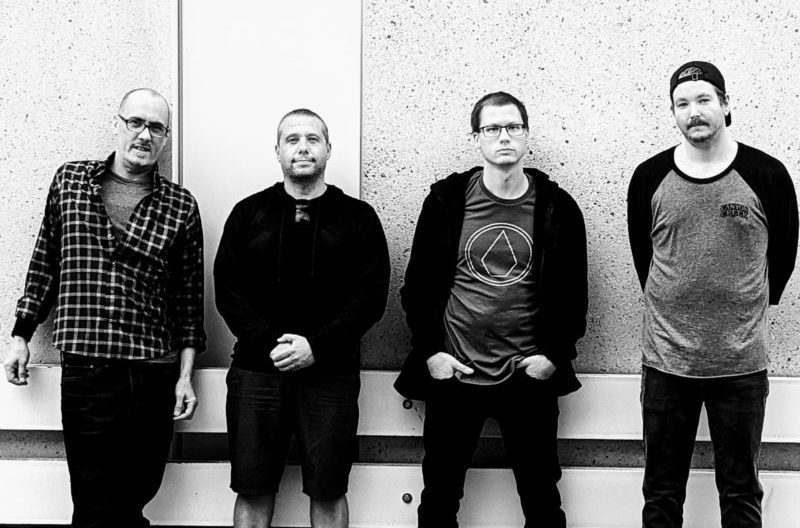 Canadian punks Hiding From Humans have put the heart back into pop-punk with their new EP ‘Radio’.

The 2000’s arrived with pop-punk ruling the airwaves, leaving the music world buzzing with a new kind of energy. The Canadian pop-punk scene was at its peak with Simple Plan, Sum 41, Propagandhi, Avril Lavigne, taking Canada’s music scene to new heights.

Today a resurgence of that same buzz is rising up across Canada and making waves around the globe. Pop-punk never went away. It has always been there supported by a loyal following that has kept it alive.

Saskatchewan punks Hiding From Humans are a part of the next generation of artists carrying the flame for this high energy music. With their debut EP Radio dropping late last year the band have produced a stash of high-energy tracks guaranteed to lift your spirits and get you dancing.

Inspired by a wide variety of pop-punk bands from the mid-’90s & early 2000s, including Blink 182, Descendents, Alkaline Trio, Hiding From Humans have put forth their best effort to date, in creating a highly energised & upbeat catalogue of songs.

After spending the better part of 2020 in lockdown, the band have developed their own unique sound with sugared-up riffs, catchy lyrics and heart-pounding beats. Radio was recorded at Blue Door Studio in Regina, Saskatchewan, Canada, and produced by Justin Bender.

Justin has been able to capture the raw energy of all six tracks and bring it out in the recording. The EP takes you on an emotional rollercoaster with tracks about love, heartache, daily struggles and endless hope yet has enough energy to leave you feeling like everything is going to be ok.

Hiding From Humans formed early in 2019 when friends Curtis Vanthuyne and Danny Owens teamed up with Paul Robichaud. When their original bassist left, Paul asked his mate Chris Anderson to fill in for a while. However, the band and Chris instantly clicked and at that point on Hiding From Humans realised that fate had stepped in to help them create the ‘dream team’ of a band lineup. Since then the guys haven’t looked back!

Check out Hiding From Humans RADIO EP out now on all streaming services.