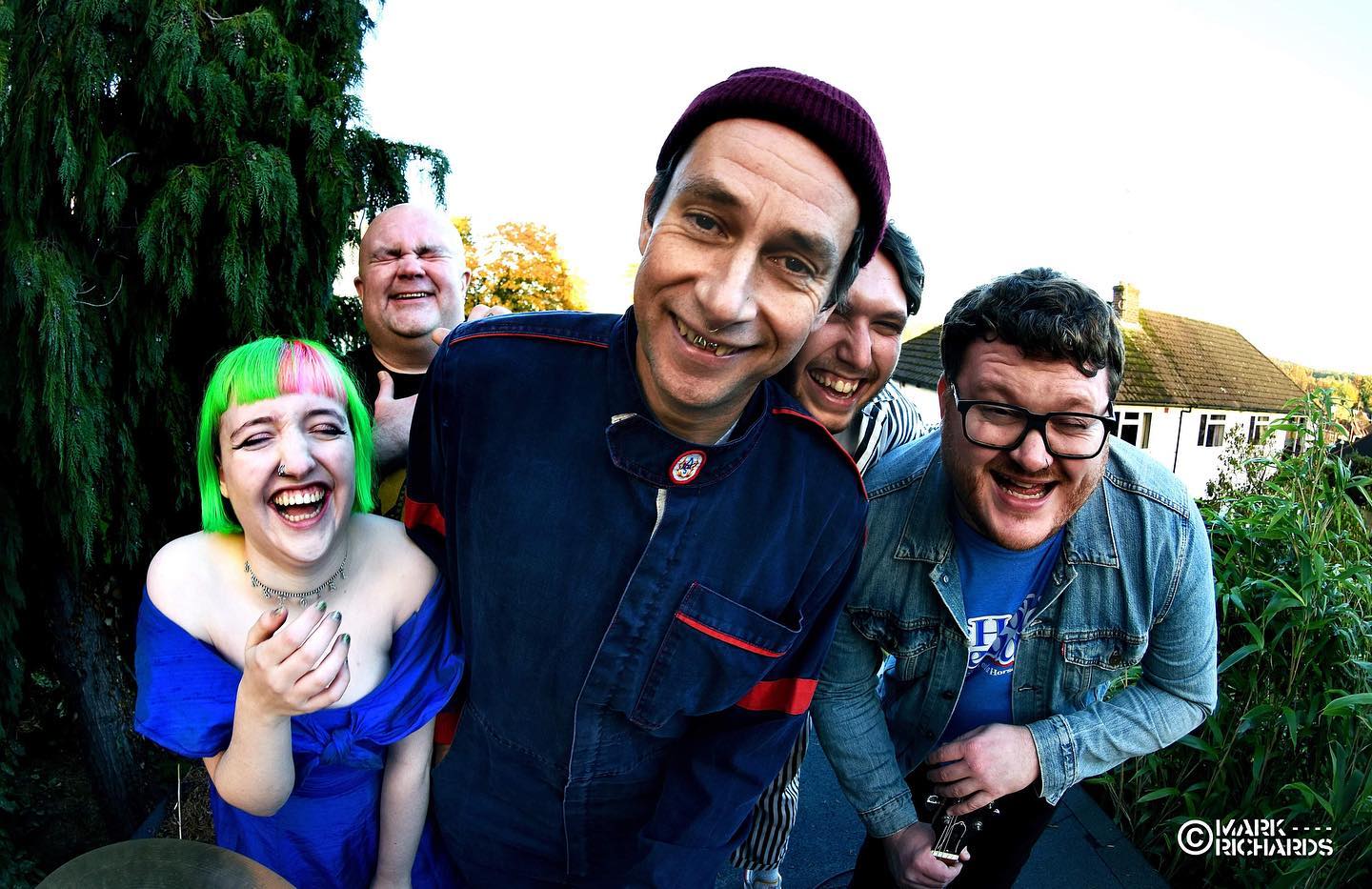 UK DIY punks Wonk Unit are back with some of their heaviest, and most consistent, work to date on album number seven.

Uncle Daddy sees the South London band race through 20 songs, largely written and recorded during the pandemic, in just 42 minutes.

“[The album] captures a year spent at points in isolation and sadness, at others laughing together around Alex’s backyard skate bowl,” the band said.

The album features the singles ‘Cyclists’, ‘Summertime’, ‘Strength’ and ‘Raise My Glass’. There’s also ‘Disco Fever’, which features Slaves frontman Isaac Holman who squares up to Wonk Unit in an accompanying video that turns out to be more Footloose than football ruck.

The band have said ‘Uncle Daddy’ is “pure pain, rage and melancholy”, and – to be fair – it does have a track called ‘The Pathetic Merry Go Round of Existence’. But it’s also one in which the joys of fatherhood feature prominently, as does humour, optimism and a healthy dose of melody.

‘Uncle Daddy’ is out on Plasterer (UK), Kidnap Records (Germany) and Rad Girlfriend Records (US), and the band will be on tour in the UK in November. They also have a 2022 appearance at Germany’s Glaubitz Open Air/Back To Future Festival and rescheduled European and UK jaunts with Bad Cop Bad Cop and Less Than Jake planned.

While you’re here, check out these punk stories…