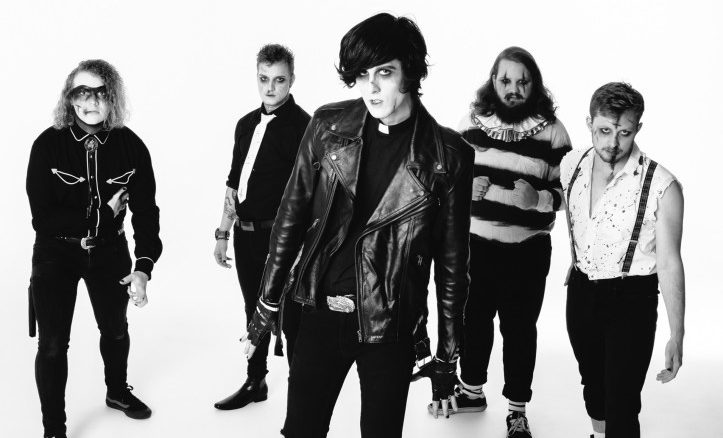 Adelaide’s theatrical emo/ punk/ rock outfit Wolf & Chain made a huge debut in the first half of 2020 with the release of their debut EP‘An Honest Mistake’ (released June 2020).

The band filled a giant hole for those searching for something comparable to that of the mid-2000s while naturally placing themselves at the forefront of what will be the next-gen emo/ rock resurgence.

Now, to expand on their rock-opera narrative that was explored on their EP, Wolf & Chain are presenting their ’80s prom-night music video for the title track An Honest Mistake.

For the music video, Wolf & Chain wanted to expand upon the narrative that unfolded in the EP which revolved around the preacher who builds a cult-like following of misfits to mould the world into his own vision by any means.

The music video draws cues from classic emo videos like Dance, Dance from Fall Out Boy and movies like Carrie, Sixteen Candles, Back To The Future and Scott Pilgrim vs The World.

Featuring jocks, goths, cheerleaders and of course Wolf & Chain performing on stage, the tension at the prom rises as the preacher takes control of the students and teachers.

This angers the jealous jocks who scheme to ruin the band’s performance. All the while, the preacher’s antics and thirst for more cult-like followers only push away his real lover, furthering his pain and anguish.

Lead vocalist Jack Cumes explains: “We wanted to take some of the concepts and emotions from the EP and basically apply them to an 80s prom. So the band are cure-esque goths that use their cult-like powers to sway the prom. The clip is something that was maybe not what you would necessarily expect from a band like us and take the grand narrative we explored in the EP to a different place.”

Wolf & Chain’s first headline show of 2021 is on February 13th at the Lions Art Factory with Terra (Melbourne) and Agapanther (Adelaide). Get your tickets here!

Check out Wolf & Chain Via Their Socials