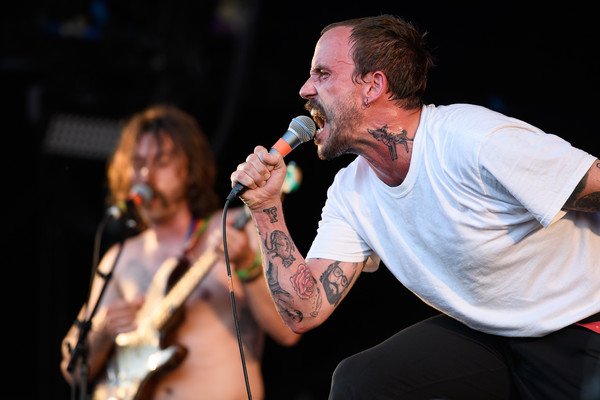 IDELS frontman, Joe Talbot says it’s an “insult” to blues and reggae to describe them a punk band.

Joe Talbot says he believes it’s wrong to label artists and bands ‘punk’ when they are inspired by the likes of calypso, reggae and blues, which came before punk.

Speaking about ‘Ultra Mono, their upcoming hip hop-influenced LP to Apple Music, Joe explained: “One of the things I’ve always talked about, the influence that hip hop’s had on our music. But one of the things that always kind of got me, I’ve been saying for a long time, we’re not a punk band.

“I just think using punk as an adjective is a fucking insult to blues, to calypso, to reggae, to everything that came before punk that was the epitome of what subversive art in the face of adversity really truly is.”

“There’s a building in Bristol in a predominantly Afro-Caribbean area.. where it said ‘Beauty From Ashes’. And I always thought that was a beautiful thing to think about, what is beauty from ashes? You know what? The black community and the Asian community, the immigrants come over here and they make something… one, our country, two, they make something beautiful from little, all ashes.

“I’m not going to stand there and just suddenly start attacking someone that uses punk as an adjective, of course not. But it was always a point for me to say, ‘We’re not a punk band.'”