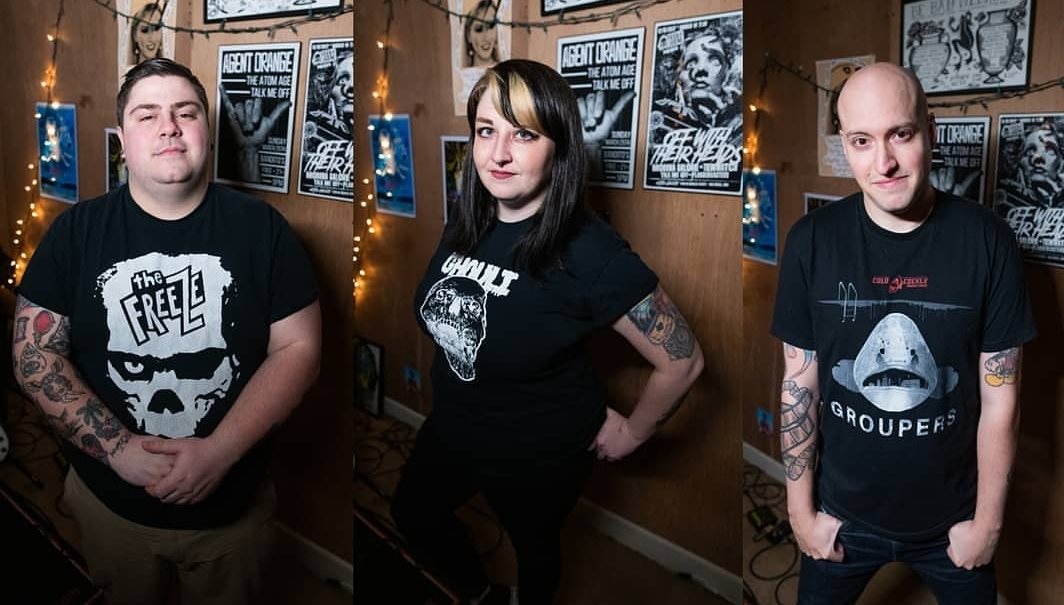 Hailing from Richmond, VA, Talk Me Off celebrate the upcoming release of their new EP, Abyss, by releasing the single, Counting Digits.

Virginian skate-punks, Talk Me Off’ have both a male and a female lead singer, a combination that helps them bring a fresh new sound to a traditional skate-punk scene. With lyrics relatable to anyone living in 2021 Counting Digits is going to be hit with the band’s ever-growing legion of fans.

“It’s a song about the ongoing societal frustration and battle between women and ‘social norms’.” The band’s guitarist and vocalist, Holly Herzog, says.

“Counting Digits is expressing my frustration with the diet industry and with the expectations of people, especially women, to look a certain way.

“As someone who has struggled with their weight my whole life, it is a constant battle between learning to love myself just how I am and hating myself because my body is not what society says is attractive.

“The diet industry is a multi-billion dollar industry that exists to make money, not to make people healthy. It is a toxic environment that is shoved down our throats by celebrities, social media ads, and judgmental people who are ill-informed of what is healthy.”

Guitarist and vocalist Ryan Cacophony added, “I think this new EP truly defines our sound. The track is fast and dark with relatable lyrics. Something we’ve always tried to do, but I think this song in particular really nails that TMO formula.”

Talk Me Off formed in 2017 after Ryan Cacophony and Holly Herzog met while performing in a Screeching Weasel covers band for a children’s hospital charity.

After throwing the idea of starting a new band around, they got bandmate Christian Moquin involved releasing their first self-titled EP via Doctor and Mechanic Recordings and Between the Days Records a few months later.

East Coast/Canada tours followed, playing with bands like Off With Their Heads, Night Birds, The Lillingtons, and The Lawrence Arms.

In 2020, they released their first full-length record, ‘Cursed‘, after signing to Smartpunk Records, with the assistance of Say-10 Records and Gunner Records. However, the pandemic hit as soon as the record was released, which resulted in no lives shows to promote the album but did give the band a lot of time to write more songs.

Their ‘lockdown’ songwriting efforts have resulted in the new EP, Abyss, will be released on April 20, 2021. You can pre-save your copy below!

For more new releases check these out…