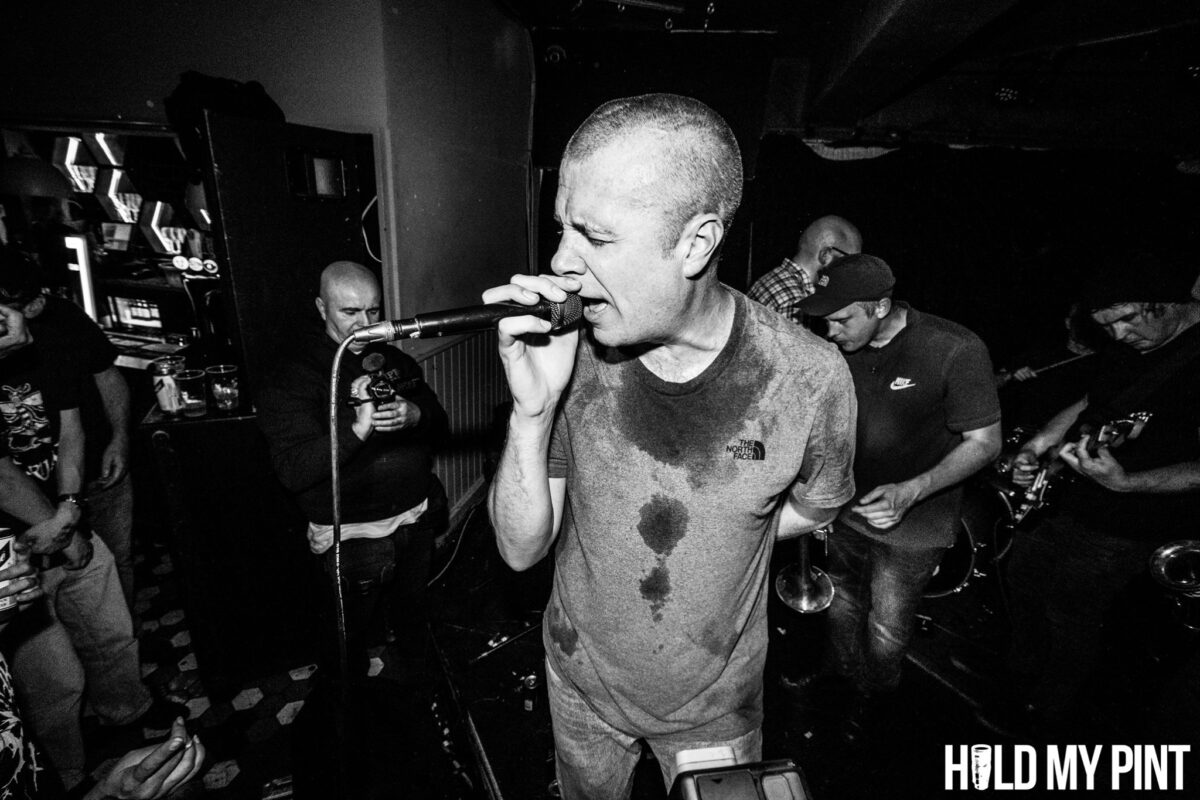 The Manchester UK ska-punk band have released a new video for the second single from their 2020 debut self-titled album.

The song – unsurprisingly, if you know any British slang – tells of being hard-up, having no money and struggling to get by. As the band explained: “It’s about being hungry and not having enough for the gas and ‘leccy meters. It’s about being trapped, feeling you are a let-down and wishing you could be given just half a chance to realise your potential.

“In essence it’s a song about inequality and lack of opportunities as the riches in society are thrown in your face. You see money pouring into the city centre and you ponder a life of crime to break you out.”

Filmed by Harijan’s Mike and Willi, as well as Chloe Gray, the video shows Manchester’s outer and inner-city areas from the car. It takes inspiration from Greg Meade‘s artwork for Harijan’s album, and was edited and produced by James Broadfoot.

Harijan were heavily involved in the Manchester punk and ska scenes between 2003-2010 before going on hiatus. The nine-piece band returned in 2019 for gig in memory of original member Tim Grey. That led to more shows and then recording with Kurt Wood at Corner House Recordings.

Talking about their album, which came out last year on TNS Records, the band said: “Not recording an album was something that haunted us during our hiatus. So to finally have the monkey off our back is a huge relief. Musically it is a heavy and dark ska-punk/skacore dub-reggae adventure brimming with catchy melancholy melody and harmonies. The lyrics are politically charged with much social commentary and soul searching.”