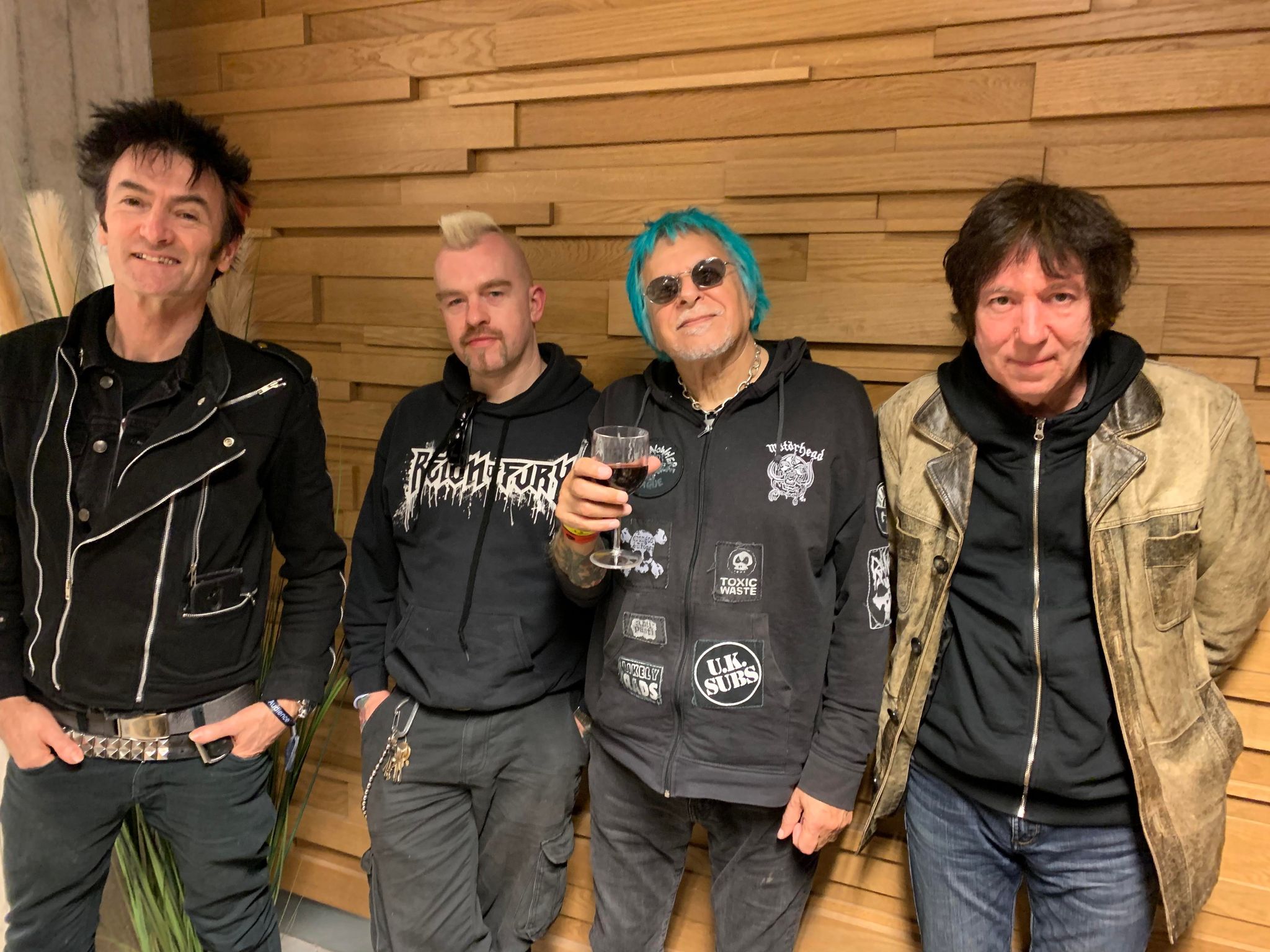 It has been announced that Dave Humphries, known as ‘Magic Dave’, will be the Subs’ permanent drummer on their forthcoming scheduled tours after having made his debut for the band in the late afternoon on the 1st November 2021 at the Sinner’s Day Festival in Belgium.

Fittingly, Dave was born around the same time the Subs were in the recording studio laying down that very album (Jan 1980).

“I’m pretty excited but trying to stay calm and focused. I’ve got to deliver the goods, if you know what I mean.  It’s pretty mental, to be honest. Crazy how things work out… The great thing is, the more you listen to these Subs songs, the better they get.”

Following Jamie Oliver’s departure from the band, for ‘celebrating’ the murder of Conservative MP David Amess, ex-Anti Pasti drummer Kev Nixon played drums for the four French gigs the band played with Charge 69 at the end of October. The band sent Kev a heartfelt thanks for stepping up at such short notice.

A couple of weeks after being fired for his “inappropriate” Tweet, Jamie Oliver issued this statement via his Instagram.

“Just want to say a huge thanks to everyone for the incredible support over the last week or so, I’ve literally received hundreds upon hundreds of messages, calls, texts and emails and it’s touching. The situation with the Subs is regrettable but it’s a done deal and it’s not the end of the world. I wish them all the best and will remain a friend and fan of the band, but I have other things going on and will most definitely see you all out there soon. So cheers!”