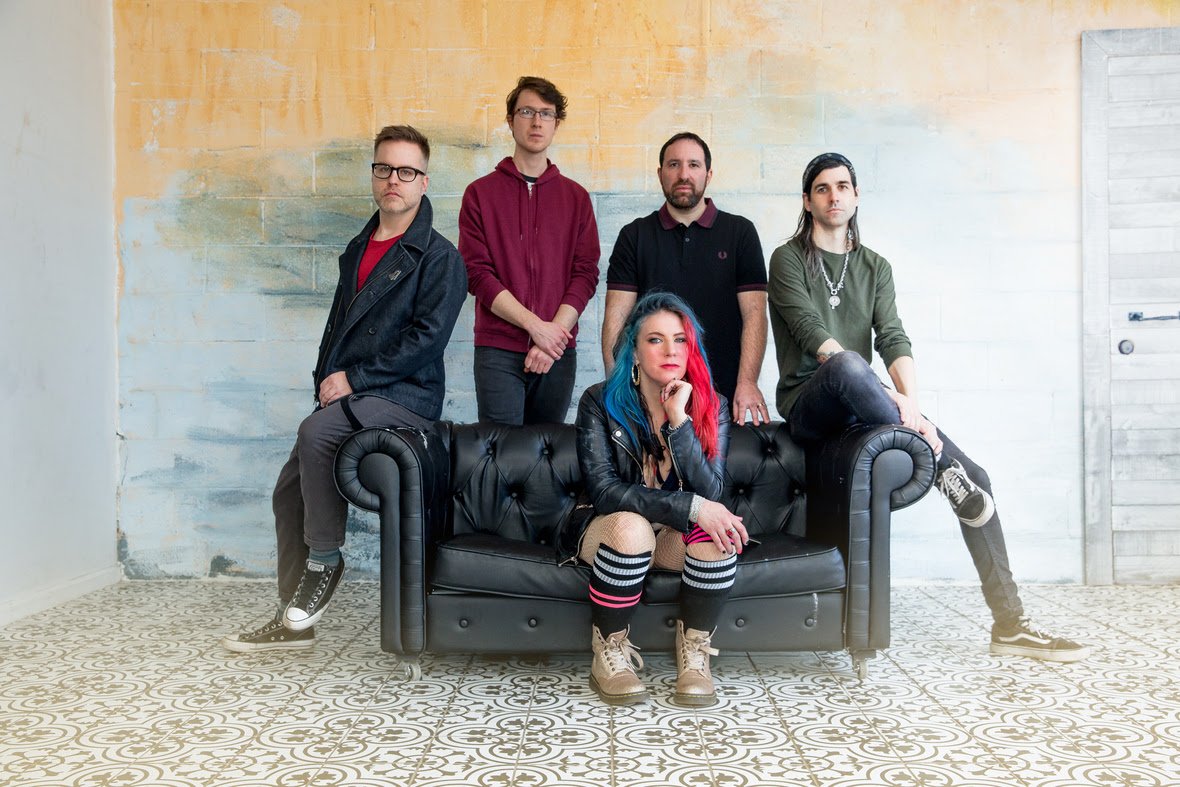 The Brooklyn feminist punks have unveiled the third single off of their upcoming album Queen Of Swords, out August 13.

All I Need, is another fine example of the empowering and thought-provoking bangers that Typhoid Rosie specialises in. The aural equivalent of a candy-coated razor blade, the track is a wee bit less “punk” and a tad more “pop” than the other two previously released singles (“Queen Of Swords” and “Defend Your Temple”) while still sounding very much like Typhoid Rosie.

“Ninety percent of the songs dudes write that we thought were love songs are really about sliding a girl’s panties off. Maybe it’s time we mix shit up.” says frontwoman Rosie Rebel. “This is the song that happens when a grown-ass woman rips the mic out of some douchebag’s hand who’s held that mic for way too long.”

Rosie says, of the track, “Since the very beginning, men are the hunters, and women are the hunted. I just think instead of treating women like something you shoot up and hang on your wall like a disposable trophy, maybe sit the fuck down, and think about how beautiful it is to explore the sexual wonders of a female goddess. So trickle in and let’s separate the men from the boys.”

She adds, “It’s amazing that out of all of those dicks pounding on your door in the middle of the night, so few and rare are the real fucking men. What is the point of keeping people around who want the keys to the kingdom but can’t man up?

“What are they really adding to your life? This song is for all those special losers who must be banished because quite frankly this is the Queen Of Swords record. It’s exclusive and you really do need to earn your rightful place inside these castle walls.

The band’s fourth full-length studio album titled Queen of Swords is slated for release on August 13, 2021, following their previous three studio albums: The Music Album‘ (2013), Hearts Bleed Goodbye (2016) and This is Now (2018).