This Punk Band is Made Up Entirely of Robots 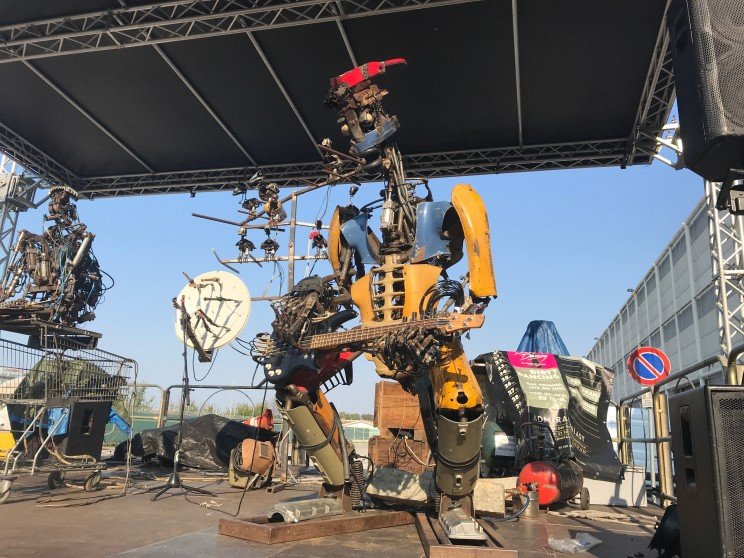 The One Love Machine is a robotic punk band designed and built by Kolja Kugler, – the ‘Malcolm McLaren’ of Mutoid Waste and Kinetic Art! The band is made up of scrap metal animatronics, created from salvaged junk from scrapyards around Berlin. For creator of the band it’s all about giving new life to discarded objects.

Kugler started as an artist working with a group that was transforming abandoned Cold War war gear into large art installations. As he developed sculptures from scrap metal, he also began playing with ways to use air-pressure systems to power and control the movements of the sculptures and eventually came up with The One Love Machine, Punk Band.