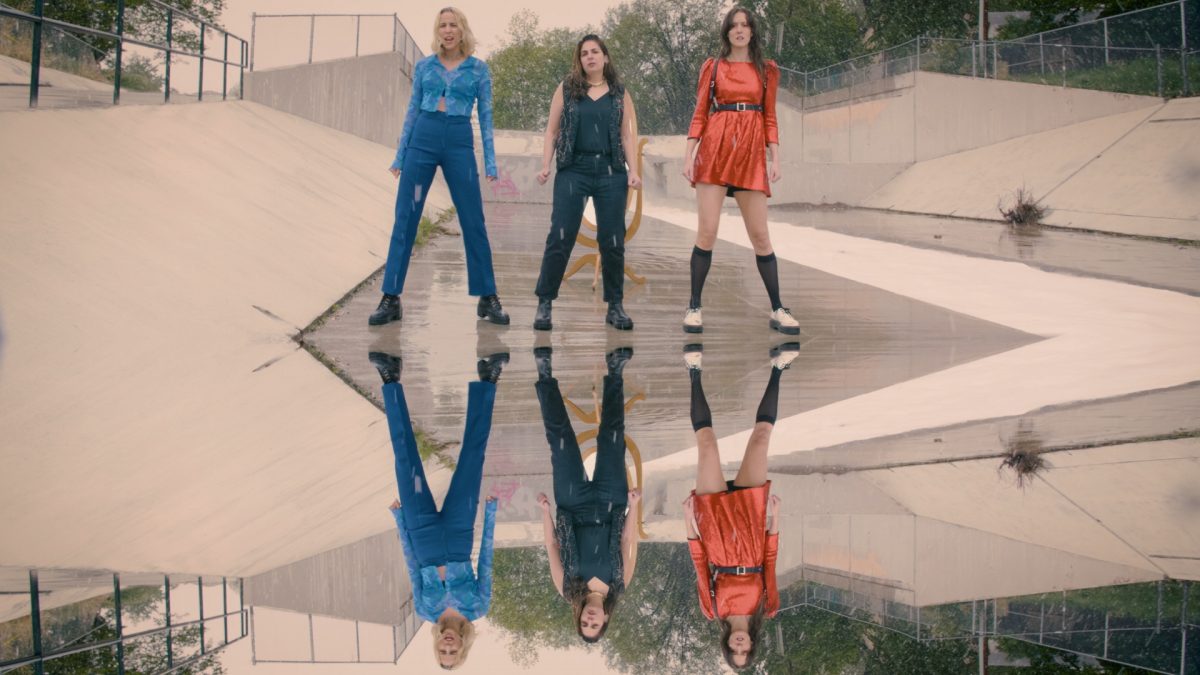 Pop-flecked punk trio THICK have released their latest single Happiness to celebrate the release of their latest album, Happy Now. This latest track is accompanied by a visual capturing a day of true irony as the band takes a convertible out in search of Happiness despite an advancing blizzard.

A dizzying yet incisive track that sets THICK’s self-reflection to a fantastically breakneck rhythm, Happiness opens up the band’s second LP, out now via Epitaph Records. “That song’s about the different ways we seek validation, and how whether you look for it externally or internally, it’s never an easy process,” says vocalist and bassist Kate Black. “In the end, it’s about being more aware of where we’re trying to find happiness.”

The track, has featured on BBC Radio 1 as Next Wave on their Future Artists show. It appears on the album alongside recent singles Loser and Tell Myself.

“Most of our songs lean toward optimism, even when there’s a lot of pain in them,” says Sisti, who refers to THICK’s output as a “living diary.” “It’s not about toxic positivity or trying to force yourself into happiness; it’s about recognizing that it’s okay to feel a whole spectrum of emotions, and then getting to the other side and really growing from your experiences.”

Happy Now is out now.