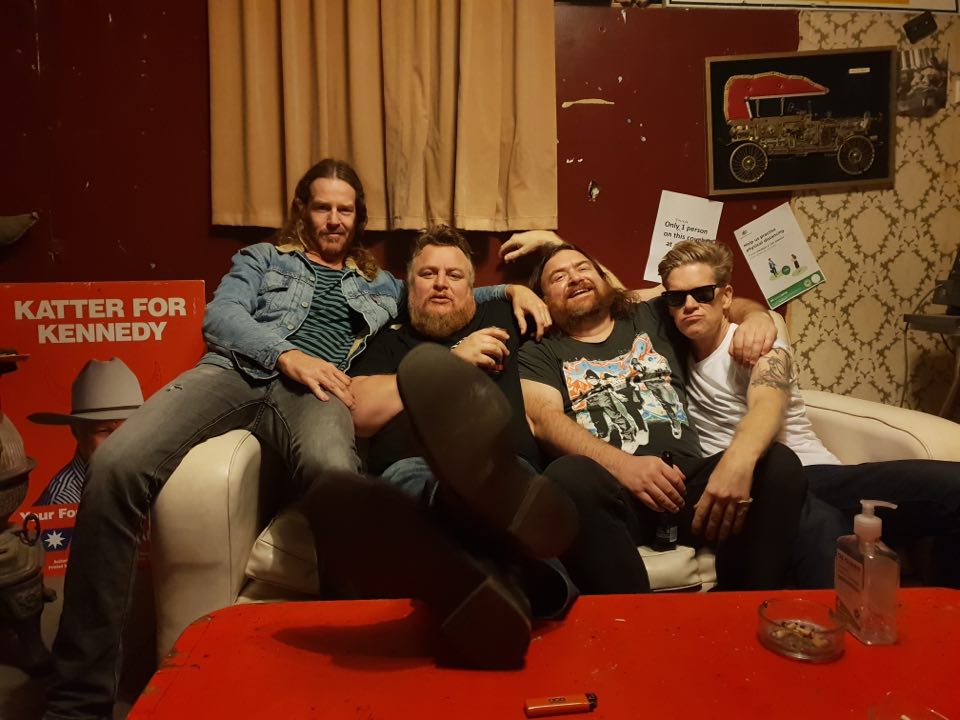 Australian punk greats return from a decade long slumber to unleash their ‘Best of’ and first vinyl release, ‘I Wish Life Could Be…’

Melbourne veteran punk rockers The Swedish Magazines took their name from the Iggy Pop song, Five Foot One. The band hit the mark sonically somewhere between AC/DC and the Sex Pistols and filled the breach between the Powder Monkeys and Amyl & The Sniffers. And now it seems The Swedish Magazines released the greatest Aussie punk song of the century 15 years ago, without anyone hearing it.

Fronted by acclaimed singer-songwriter Van Walker, alongside his brother, former Tyrannamen guitarist Cal Walker, the high energy rockers have made their return.

Ahead of I Wish Life Could Be…, the group has released a video and single for Head On Ice“. The track initially appeared on the band’s debut Eat More Baby and features the classic (and current) Swedes’ line-up, Van Walker, Cal Walker, Anton Ruddick and Tim Durkin. Hyped as one of Australian punk rock’s greatest lost classics, the song has finally found its way to the airwaves.

Dog Meat Records creator Dave Laing has been quoted as saying about the track – “Head on Ice is the great lost Oz rock song and one of the greatest recordings of the early 21st century. It has all the hallmarks of classic Vanda & Young in terms of dynamics, swing and tone, but higher-energy levels and a springier clip. Van Walker is one helluva great singer, songwriter and guitarist, and the Swedes are great rock’n’rollers.”

Conceived in 2000 after Van and Cal left Tasmania for the golden shores of Melbourne, they began as a songwriting partnership between Van and guitarist Anton Ruddick. For a time, the band were mainstays on the inner city Melbourne rock’n’roll scene. They followed the likes of the Cosmic Psychos, Hoss and the Powder Monkeys and set the stage for today’s world-shakers Amyl & The Sniffers, Civic and Mr Teenage.

They recently shared a laugh-a-minute chat between Walker and Melbourne-based rock writer (and author of an upcoming Spencer P Jones biography) Patrick Emery.

The band have just announced a run of album launches in Victoria and NSW. Check out the dates below.

The Swedish Magazines Head on Ice single is out now via all digital outlets.

I Wish Life Could Be… is now available to pre-order via the Rubber Records website, alongside the Deluxe CD featuring fiv exclusive tracks from PBS sessions in 2005.