The Stranglers March On Despite Death Of Dave Greenfield 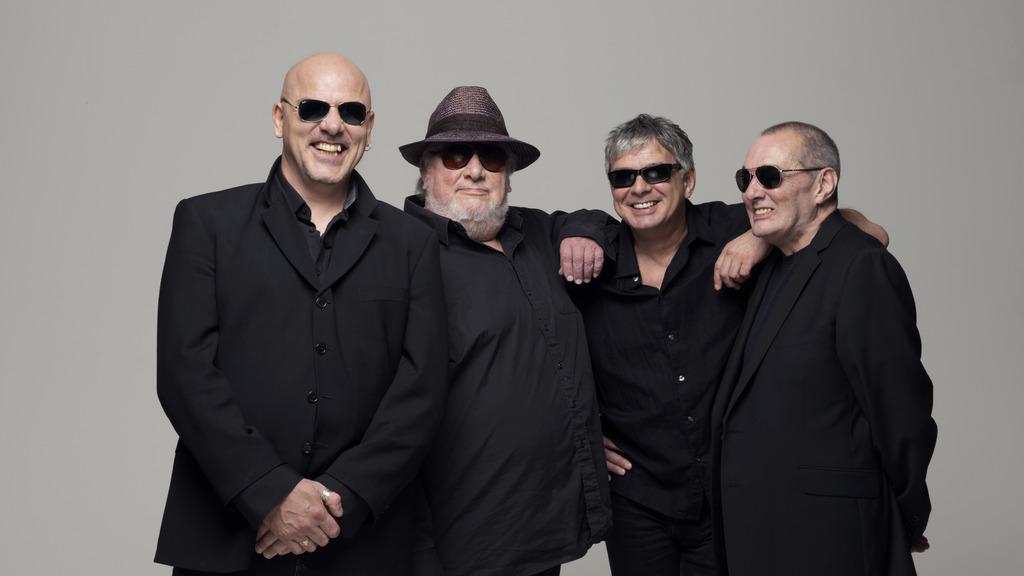 Bassist Jean-Jacques Burnel talks emotionally about the tragedy of the keyboardist’s death, how it has spurred on a new album and why the band weren’t punks… or were they?

In a wide-ranging interview with Rotosound, who supply his bass strings, Burnel also discusses how he was almost stabbed at the height of ‘punk wars’ in the late 70s, how he wrote a song about his marriage split…and a mystery girl called Jenny.

“I managed to get back from Auckland, New Zealand just three days before French Lockdown and we had by then recorded 90% of what we were working on of the album.

“It was quite a novelty at first to be at home for a prolonged period of time after 40 years on the road, so I started off by boning up on my classical guitar playing. I write quite a lot on six-string acoustic guitar.

“We were still trying to complete pieces which is awkward when you’ve got no-one to bounce off. OK, you’ve got an image on a video of someone but it’s not the same as being in the same room and drinking…

“We always have a cottage together. Sometimes it’s just Baz (guitarist Baz Warne) and myself because we would usually come up with the initial ideas. Once the ideas are a bit more fixed and a bit more slightly arranged and it’s a skeleton, then we can start putting some meat on it. Then, if we really want, we send it to the gym and it comes out with muscle. We didn’t have that this time.

“We were still trying to complete pieces which is awkward when you’ve got no-one to bounce off. OK, you’ve got an image on a video of someone but it’s not the same as being in the same room and drinking…” Jean-Jacques Burnel.

“Baz and I were talking earlier about Belarus and the women taking the revolution to the dictator. It was big news about two months ago because he was cracking down on everyone and he’s been in power for over 20 years and he’s the last dictator in Europe. That’s his moniker. And he’s been arresting anyone who protests, so the women have started protesting and trying to pull off the masks of the secret police.

“So we thought that was a great idea for a song to support this movement. So we’re working on a song called Sisterhood. Whether it will appear on the final album, I don’t know. But things like that inspire you to write and reflect the zeitgeist.

“We haven’t been great at love songs. We’ve been ok with hate songs – observing the world through our prism. It’s our duty as artists to entertain, inform and reflect the world we live in. Whether it’s about personal things – my wife dumping me for example – or me finding happiness with someone else, artists should be about to write about anything, uncensored.”

“Then in May my oldest colleague and collaborator and friend passed away from COVID.

“The loss of Dave screwed me over for a bit and I found myself tearful only a couple of weeks ago talking about it. When you’ve been together and it’s worked as a combo, as a friendship, for so many years with your ups and downs, it’s like a family. But a family you can choose to be with.

“(His death) arrested my development for a few weeks. I was thinking ‘that’s it for The Stranglers.’ Dave has been an integral part of our sound and of my life for 45 years. So that hit me for six.

“Then suddenly I got the urge to complete what we’d started because that became my only focus. Most of his key parts were down but some of them were rough. Fortunately, we do a lot in the first takes because we rehearse a hell of a lot.

“I was thinking ‘that’s it for The Stranglers.’ Dave has been an integral part of our sound and of my life for 45 years. So that hit me for six.” Jean-Jacques Burnel.

“Some people are more creative in the studio and while the studio is still a creative process but I like our band to be well-rehearsed so by the time you’re well-rehearsed you have a much better idea of the arrangement. We try to rehearse without looking at our instruments, so you get the odd bum note but on the other hand, you have much more freedom. It takes a lot of work to get to the point where it looks effortless.

“The more you play a piece, the more you understand it. You can move and pull and change pieces within a piece because it works better psychologically – musically as well.”

“I did identify with the punk thing, I don’t think the other members of the band did 100%. I did for a short while but then I found it creatively suffocating because it was such a broad church and all the bands came out and were called punk at one point, then suddenly some were new wave, and then post-punk. It became restrictive creatively and we never, as a band, wanted to be restricted.

“I love jazz, I love classical, I love folk, I love rock, and all kinds of music. People were saying you can’t be punk because you’ve got a keyboard – well there’s one more restriction. That’s just bullshit.”  Jean-Jacques Burnel.

“I love jazz, I love classical, I love folk, I love rock and all kinds of music. People were saying you can’t be punk because you’ve got a keyboard – well there’s one more restriction. That’s just bullshit.”

How he got his distinctive bass sound

“Martin Rushent was our first producer for the first three albums. On the first album, we didn’t know quite what was happening, we just played what we knew and it was recorded.

The first two albums – Rattus Norvegicus and No More Heroes – were 90% done in the same session because we had accumulated a lot of material and were chomping at the bit to record it.

“It was only during these sessions that we realised there was a problem with one of my speakers. There was a tear in it and we’d been recording the album with a tear in it. So it gave us a raspy sound. We discovered the tear at the end of the sessions and it gave us a template for attempting a sound which we tried to replicate going forward. I kind of kept it, sort of….”

Jenny and the Rolling Stones

“I went to the famous Rolling Stones Hyde Park gig (in 1969). I travelled up from Guildford on my Lambretta LI 150 scooter with my girlfriend Jenny (wherever she is – I wonder what happened to her?). I had a Parka coat on with my furry collar. I had a great time with my Lambretta. I only convinced one passenger to sit on the back – Jenny!”

What’s the best part about being in the Stranglers?

“Knowing that you’re on a mission and everyone’s covering your back. Despite the changes in personnel over the years, we’ve always kept really close. It’s not just a job, we’ve become such good friends.

“Also, to prove a lot of people wrong. In the early days we were written off because we weren’t the fashionable Sex Pistols or The Clash. So we had a lot of punch-ups and I used to enjoy that quite a lot. In 1976 it was almost a punch-up every night.

“In the early days, we were written off because we weren’t the fashionable Sex Pistols or The Clash. So we had a lot of punch-ups and I used to enjoy that quite a lot.” Jean-Jacques Burnel

“You’d go to a town and they’d heard about these bands from the London who were pretending to be punks – or described as punks by the hysterical media – and they were trying to check you out and we weren’t going to back down. We became veterans of that because in the early days in the pubs people would just throw glasses at us and we didn’t have the Blues Brothers chicken mesh to protect us.

“One day after a gig at the Canterbury Odeon in 1977 a lot of our fans were attacked by a mob of metal fans in Canterbury High Street. We heard about it while we were backstage and a bunch of us came out with microphone stands to attack the people who were attacking our fans.

“I was on top of this guy in the middle of the High Street battering the hell out of him and suddenly there was a commotion behind me and one of my mates from Finchley had stopped this guy stabbing me in the back.

“I was on top of this guy in the middle of the High Street battering the hell out of him and suddenly there was a commotion behind me and one of my mates from Finchley had stopped this guy stabbing me in the back.” Jean-Jacques Burnel

“As young men we found it very exciting but I’m glad that’s not really the case anymore. You get the fans you deserve and fans get the bands they deserve.”