Virus, the Milanese anarchic punk collective, was (and is) one of Italy’s most important and radical groups ever formed. A new book explores its societal-changing history.

If a 20-year-old were to ask what sense is there to go back to the years of Italian punk and militant anarchism, they would just have to read some of the flyers produced by the Milan-based Virus collective in the 1980s to find out.

They would read stories about war, stolen time, work, and attachment to money and its masters – little-known topics of the political left these days. At the time, these were shouted with corrosive language and aesthetics, and today, that would be labelled ‘scandalous’.

Virus is remembered not only as being synonymous with the Italian punk movement but also as a real place for experimenting with alternatives to the system.

The material published by theVirus social centre in Milan between ’82 and ’89 appears in chronological order in the book and includes mimeographs that were distributed to passers-by at demonstrations, papers that speak of protest, anti-militarism, and evictions. The stories emerge by themself without any comment or caption, thus avoiding the risk of this book becoming a nostalgic journey.

Co-editor Marco Teatro says that the book’s collection of posters, fanzines, and fliers are sometimes naive, but they are genuine and incredibly current, even today.

“The mimeographs – photocopiers came later – are a language of thirty years ago,”Teatro says. “No one would write like that today. However, we can see the freedom of thought and speech of that time. We purposely haven’t included photos, personal documentation, or posthumous testimonies in the book; we have been more faithful to an archival style.”

On the book’s cover, there is the stencil with the anarchist/punx A and a broken syringe because one of the first posters published by the collective 1981 was for a meeting “against heroin” – a radical attitude that distinguished Virus: “It was one of the first spaces to take on the problem of heroin, which in Milan in those years was a big issue,”Teatro explains.

“The attitude of those who frequented the collective was what we call ‘Crassian’ (from Crass, the English punk rock band), and it was linked to the hardcore music movement. There was no fashion punk. To be punk in Italy at that time, you had to be radical.”

Teatro says that they also wanted the book to be graphical: “It is difficult to explain, but the book has an irresistible force. The images are mostly particularly ugly collages, improvised, made by people who, as it were, did not have an academic style (laughs). You feel the spontaneity. There were no colours of the psychedelic generation, and there were still no alternative ones like the graffiti of the hip hop generation. In the decade of punk, black and white dominated.”

Italian punk has always looked out of the border, to the north, but the story of what happened in Italy is emblematic: “There was a bit of the myth of northern Europe, but it was not so influential. England was important from the musical point of view, but Italy was way ahead from the political point of view.

“In England, you didn’t even find squats and bands played in pubs. Even from the flyers, you can see how serious the organisation was with us. There was no sense of inferiority; on the contrary, there was the pride of being a point of reference for groups that came to play from all over Europe and the USA.

“There was no fashion punk. To be punk in Italy at that time, you had to be radical.”Marco Teatro

Once here, bands were surprised by the quality of the squats and by the large audience – accustomed as they were to play in small clubs. “There was a sense of self-production, creativity and self-organisation. In the 1980s. Half of the live concerts in Milan were held in social centres, but by the ’90s, this changed, and hundreds of venues were subsequently opened by those who had had experience in the social centres. It was a school.”

Teatro believes that the richness and variety of that experience could still be a point of reference for today’s alternative and political movements:

“First of all, this is a story that had to be told. I realised that there was no passing on of the torch. Today these [political andsocietal] situations no longer exist; on the one hand, that is positive, but what I don’t see today is the underground – but perhaps it is already all in the network, and I haven’t noticed it”.

This article first appeared in Il Manifesto as “Quando eravamo punk: la ribellione in graffiti bianco e nero” and has been translated from Italian and reproduced here with permission from the publishers. 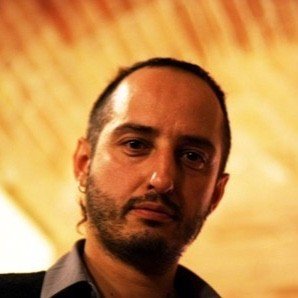 Luca Pakarov is an Italian freelance writer and works for  “il manifesto” and “Alias”, he also wrote for “Rolling Stone, Italy”, “linus”, “The Towner”, “WU magazine”, “CTRL” and other newspapers and periodicals.

Luca Pakarov is an Italian freelance writer and works for  "il manifesto" and "Alias", he also wrote for "Rolling Stone, Italy", "linus", "The Towner", "WU magazine", "CTRL" and other newspapers and periodicals.
Advertisement