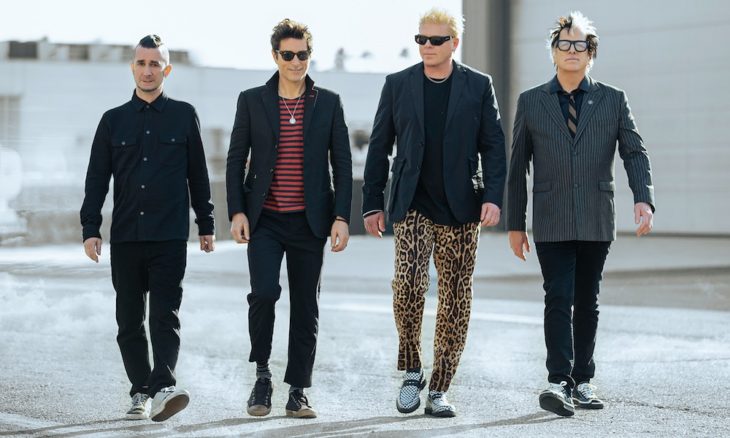 The live video, directed by Sean Sheetz, was filmed over two nights in September at Nashville’s Brooklyn Bowl and the Buckhead Theatre in Atlanta.

A reimagined version of the song (originally recorded for the band’s 1997 platinum-selling album Ixnay on the Hombre) appears on The Offspring’s acclaimed, chart-topping tenth studio album Let the Bad Times Roll, released earlier this year. The new arrangement of Gone Away – which transforms the song into a mournful piano ballad – has re-emerged as a fan favourite. During this extended period of collective grief, the song has taken on particular emotional resonance for many people.

In his introduction to the song, lead singer Dexter Holland notes, “Many of you have lost someone close to you, I know that I certainly have. When I’ve been singing this song lately, I’ve been thinking about that.”

And as guitarist Noodles recently observed, “Gone Away may not be the biggest song we’ve ever done, but it’s probably touched people more profoundly than any song we’ve ever done. It’s a heavy song about losing someone in your life, and that happens to everybody. Unfortunately, it’s part of the human experience, and people can relate. To all the fans that love that song and have experienced that loss, our heart goes out to you. We’ve been there, and we share your grief.”

Listen to Gone Away 2021 now on all streaming services.