The Mighty Mighty Bosstones’ massive (that’s the current nine-piece, together with pretty much everyone who’s ever played for them over the band’s nearly 40 years of existence) wrote and recorded a 15-song opus in 2020, despite all the adversity.

Co-produced by longtime collaborator Ted Hutt (The Gaslight Anthem, Dropkick Murphys) and Rancid frontman Tim Armstrong, the band’s soon-to-be-released LP, When God Was Great, runs tracks around Trumpism – ‘a special place in hell waiting for you’ – the killing of George Floyd, the brutal impact of the pandemic and beyond.

Talking to frontman Dicky Barrett somewhere in Los Angeles, I confess to being new to the Bosstones before stressing how the album, number 11 in the band’s considerable catalogue, has served as a perfect introduction.

From opener Decide, the fastest song on the plate, through to closer The Final Parade, this LP amplifies the value of unity, of having a good time with good people, and the power of music. Frustration then, not despair.

Crucially, the balance between lyrical nous and super-tight playing (those horns!) means there’s no danger of it being brushed under the COVID carpet

Barrett wears his influences on his suit/shirt/record sleeves. Alongside the ska originators and their successors, on this side of the Pond, he mentions everyone from The Clash, The Specials and the Pogues through to The Skints.

“What the Clash was doing was not a million miles away from the world as I saw it – a kid who moved to a suburban town with a bunch of punk records – and let’s not forget what ska artists brought to our country/our city,” Barrett says. “It meant something not disposable, as cool as a James Bond movie and as political as anything.

“I was an enormous Madness fan. Suggs’ accent tells you where he’s from, and that’s what we felt like living outside Boston.

“My favourite Beatles songs are about the places they went to, like Penny Lane. Write about what you know, the saying goes, and that’s what we did. Although early on, I set the bar low, so every time I stepped up to the mic, I was able to clear it,” he chuckles.

Barrett describes himself as “the least talented musician” in the Bosstones, highlighting how he was always drawn to the “black-smithery” of the words anyway, handing over lyrics to the players who would “raise the game”.

“It’s a process that’s always gone on with us. We’ve been friends since we were waiting for the next Clash album to come out; a handful of guys in Boston who write songs and want to get in a studio and bang them out.

“A lot of bands that have been around as long as us can phone it in, but I have too much respect for what we’ve built, and I can’t accept the status quo. You have to ask the questions.”

Let fury have the hours and hours

Conceived and recorded in lockdown, When God Was Great is a product of the new time/creativity equation.

“We were told to stay at home, so we decided, ‘Let’s write a record’, and we became even more prolific,” Barrett explains. “JG [John Goetchius], our keyboard player, said ‘You’re an artist, that’s what artists do’. Despite being instantly uncomfortable being called an artist, I got what he meant. People who create, create in real-time. In the moment. Tech lets us share music, melodies etc., and I can do lyrics remotely.”

The Bosstones put their last three LPs out themselves, but this time a call went into Brett Gurewitz at Epitaph Records (a friend of the band, he’s also the guitarist for LA punk rockers Bad Religion) who suggested using Tim Armstrong’s Shiprec Studios and gave the album a home on the Epitaph off-shoot, Hellcat Records.

Armstrong was on board instantly, and the next thing you know, the Bosstones are in the studio, via a freeway void of cars, ‘banging out’ what would become When God Was Great.

“At such a fucking difficult time, it felt important, Barrett says. “Tim Armstrong is a legend to us. He knew what we wanted to do.”

When God Was Great isn’t a concept album by any stretch, but it’s a product of its environment, Dicky Barrett’s lyrics pointing out the treacherous route through the pandemic and the egos, the stupidity that has made the journey about as bad as it could be.

“We were lacking leadership and core values, morals,” Barrett says. “All of that had gone out of the window. In historical downtimes, there have always been some shining stars, but I couldn’t see them this time.”

I mention Jello Biafra’s very watchable ‘What Would Jello Do’ series and how Biafra, as vehemently anti-Trump as you would expect, has little time for his successor either.

“I don’t want the lesser of two evils; I want no evil,” Barrett says. “I don’t want to be led by people because they don’t seem as bad as the last guy, so maybe’s the system’s wrong.”

In the spirit of Joe Strummer’s famous ‘We were trying to grope in a socialist way towards some future where the world might be less of a miserable place than it is”, quote When God Was Great highlights issues rather than solutions. And with news so controlled now, despite the internet, that’s great to hear.

“I was an enormous Madness fan. Suggs’ accent tells you where he’s from and that’s what we felt like living outside Boston.”
Dicky Barrett.

There’s plenty of variety and little filler on the record, but The Final Parade, which runs for eight minutes, rife with carnival echoes between the beats and thick with those guest appearances, is a real destination piece.

“Who are your people? Who are your peers? Who do you run to when times get tough? We learned we have a pretty damned good community with the last song,” Barrett says.

“If the world is collapsing, the best way to spend time is with the people you love. People you’ve known for years sending telling contributions, which we fitted together in the studio, is great to see when lockdown makes you think everybody has disappeared.

“[We were determined] this should be a Bosstones album culminating in an ‘all-hold-hands-and-stand-together’ song. We wanted it to sound good if you played it in a punk club in 1978. A song that keeps going.

“Things seem bleak, but there is some hope. We have each other. The story of The Final Parade helps it along with a Welcome to the House of Fun vibe. It’s about us as a band and what we went through. We were cranking and skanking through it all.”

Unabashed fliers of the ska-punk flag, Mighty Mighty Bosstones, are a live band as much as anything else. They’ve hosted/headlined Hometown Throwdown – a three-day festival in Boston – since 1994, and a return to the circuit is a prospect Barrett buys right into. Just don’t expect to see him play it up on the world wide web.

“What I signed on for is the experience of people being together, happily. I don’t think there’s a need for the Bosstones to exist virtually. That’s not what it’s supposed to be. Our live experience is everyone in the room together.

“We had such a good time playing in Kentish Town, and walking up there through Camden, last time, I’m really looking forward to being back in England.”

“I don’t think there’s a need for the Bosstones to exist virtually. That’s not what it’s supposed to be. Our live experience is everyone in the room together.” Dicky Barrett

There is nothing flippant about Dicky Barrett; he’s as interested in the person he’s talking to as he is in talking about himself. Perhaps that’s the essence of the Mighty Mighty Bosstones’ enduring mantras, for want of a better word. We are talking When God Was Great after all.

When God Was Great Is released May 7 via Hellcat Records

Enjoyed this? Check These Out… 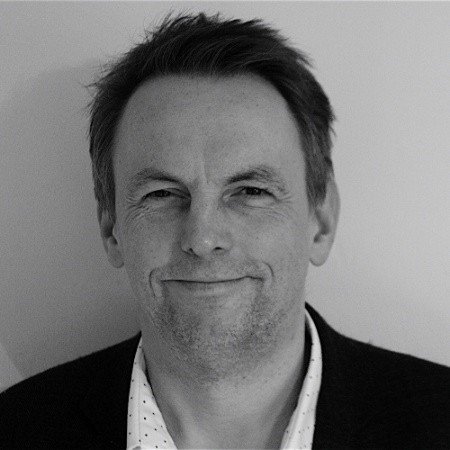