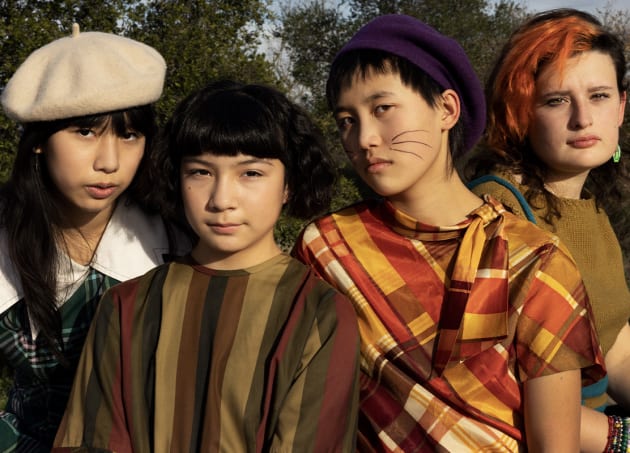 Less than a year after their library performance of ‘Racist, Sexist Boy’ went viral, The Linda Lindas are preparing to release their debut album on Epitaph Records.

The 10-track ‘Growing Up’ will be out digitally on 8 April, with physical formats expected 3 June, and its release is being trailed with a cat-themed, iPhone-shot video for its title track.

He said: “Directing my first video for The Linda Lindas was a dream come true because I love the message and voice the girls have, and I am a true fan.

“I was really inspired by the girl’s love of cats and wanted to take that to the next level, and so the video is a conversation about turning points in their lives all being viewed through the gaze of their cats. It creates a narrative of whether the cats want to trade places with the girls or vice-a-versa.”

Tonight, the band appear on US TV, performing on The Late Show With James Corden – having already appeared on Kimmel, and they plan to host a live streaming mini-concert from Leon’s CHIFA restaurant in east LA on 3 February.

‘Growing Up’ follows The Linda Lindas’ Bandcamp-released self-titled debut EP, which arrived in December 2020 and featured No Clue, Missing You, Never Say Never and Monica, the latter featuring ‘guest meow’ by Snacks.