They stole food, drank all night, and formed bands that couldn’t play. The guitarist relives the clothes, clubs and drug-fuelled chaos she was lucky to survive

In late 1976, a few months into college, I was reading the fashion newspaper Women’s Wear Daily when I came upon an article on punk rock fashion. At this time I was still pretty immersed in the whole glitter-rock thing (which, like punk rock, was equal parts look, music and attitude). Music was everything to me, though I never dreamed I could actually be in a band. I was going to be a famous rock’n’roll clothing designer.

Anyway, that day, looking at the photos of these wild-looking kids on the King’s Road in London, I was instantly smitten. Suddenly everything changed for me. I started making my own punk rock clothes and dressing in them, much to the chagrin of my teachers, to whom I’d previously been a pet. I still had my 4.0-grade point average, but now everyone labelled me a nutjob.

One weekend I visited a store on the Sunset Strip called Granny Takes a Trip, which had started to lean in favour of the new punk rock style. While I was there another girl came into the shop to hawk her wares and we got talking. Her name was Pleasant (I thought it was a fake name, but I was wrong). She had recently met some other kids who were also transitioning from glitter to punk.

Kids she’d hung out with while stealing room-service food in the hallways of the Continental Riot (Hyatt) House hotel – food that had been eaten by members of Queen! Some of those kids ended up becoming the Germs. Pleasant informed me that punk rock was not just in London – it was in Hollywood too. She gave me a flyer to a new club called the Masque.

“My mom would burst into tears when I’d come home with yet another ridiculous/fabulous hairdo. She even asked me whether I was mentally ill, which was kind of a compliment at the time.” Jane Wiedlin

As I got more and more into the Hollywood punk movement, it got harder and harder to live at home in the San Fernando Valley. My mom would burst into tears when I’d come home with yet another ridiculous/fabulous hairdo. She even asked me whether I was mentally ill, which was kind of a compliment at the time. After my first suicide attempt at 15, my entire family, including of course my parents, never spoke of it. Ever. So in retrospect, I can see why she was worried about me when I went punk.

Finally, after an eternity, I moved out of the Valley and into the Canterbury, a 1920s apartment building just one block from the Masque. The year was 1977. I don’t think I slept for years; between school, jobs and shows, there was no time, and that was fine with me. During the day, after a brief few hours of sleep the night before, I took crystal meth to stay awake at my job.

“After my first suicide attempt at 15, my entire family, including of course my parents, never spoke of it. Ever. So in retrospect, I can see why she was worried about me when I went punk.” Jane Wiedlin.

I worked in a sweatshop factory downtown, where I wrote my punk rock poetry (later to become lyrics) on to the patterns I was making for mass-produced cheap men’s sportswear. I lived on Top Ramen, Kraft Mac & Cheese and trail mix in those years, and my “grocery store” was the corner liquor store. I’d save coins to eat, and when I didn’t have enough money, I’d steal food.

Punks quickly took over the entire Canterbury and it really was like a dormitory. Doors were left open and unlocked. Girls and boys would be running through the hallways at all hours of the night and day, borrowing guitars, food, booze.

A typical night out involved walking 400 feet to a show at the Masque or some other seedy temporary club location. The audience consisted of the same 100 kids – the scene had grown a lot in a year – most of whom were in bands themselves. Most times it would just be a night of swapping, kids going from audience to stage then back again. It felt like Our Scene. It was our scene. There was an endless stream of boozing, barfing, dancing and fucking.

“Some of us stuck to booze, pills, speed and hallucinogens, while others moved on to shooting heroin.” Jane Wiedlin

Yup, the Canterbury was like a dormitory – a dormitory with heroin, rape and plenty-loud punk rock music. A schism, based on drug use, started forming pretty early on. We were all in agreement that nobody was allowed to smoke pot. Pot was for dirty hippies. The Great Punk Divide happened because some of us stuck to booze, pills, speed and hallucinogens, while others moved on to shooting heroin and Dilaudid, a synthetic opiate kids took when they couldn’t score the real thing. There were parties for the “regular” kids (my word) and parties for the shooters. Of course, lots of the IV users had come from the same normal background as me, but at some point, two paths emerged then diverged. It was sad to see that divide in a scene that was already pretty fucking small.

By 1978 nearly everyone was in a band, except for a few lone girls. That was how the Go-Go’s formed. Belinda Carlisle lived across the courtyard from me with her best friend, Lorna Doom of the Germs. Belinda was beautiful and glamorous and always perfectly put together, even when she was wearing a trash bag for a dress. She kept her make-up in a cookie tin and made spare money off the foreign currency trading market. How the hell she knew how to do this, I still have no idea.

Eventually it became painfully obvious that you needed no prior knowledge to form a punk band and that we were the only kids left who hadn’t done so. So Belinda, Margot Olavarria and I decided we were going to be a band, too. Hey, why not? We were perfectly capable of being just as incompetent as everyone else.

No matter that we didn’t know how to play our instruments – we were going for it! After a few months, Charlotte Caffey, a real musician, joined our group. Char actually knew how to read music. You may as well have told me she spoke ancient Aramaic, it was so exotic and so impressive.

There were a lot of turning points in the Hollywood punk scene. I always remember when I started feeling like the scene had grown a little too much. When guys from Orange County started showing up, ready for a bit of the old ultra-violence. When it went from being female friendly and gay-friendly to more testosterone driven. When mock fighting became real fighting. And when people started dying from drugs.

Meanwhile, the Go-Go’s got more and more (and more) popular. We started getting accused of being sellouts. We started playing places other than southern California, until finally we weren’t part of the Hollywood scene at all any more.

The scene continued on without us, and the history books erase the Go-Go’s from the chronicles of those days, because it is just too much work to try to imagine how we had ever been a part of it. But we were a part of it. I feel incredibly lucky to have experienced what I did, to have been there at the beginning when everything was possible and everyone was welcome. I feel even more lucky to have survived it. It was the time of my life.

This is an edited extract from Under the Big Black Sun: A Personal History of LA Punk, edited by John Doe with Tom DeSavia, and published by Da Capo Press original published in The Guardian. Reproduced with permission 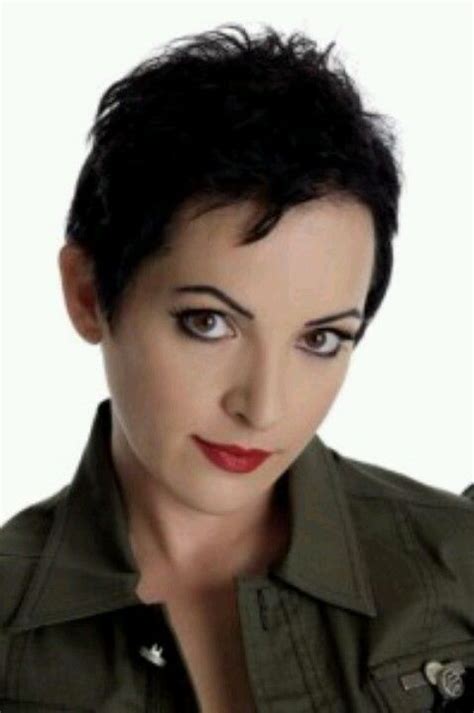 Jane Marie Genevieve Wiedlin (born May 20, 1958) is an American musician, singer, songwriter, and actress best known as the co-founder, rhythm guitarist and backing vocalist of the new wave band the Go-Go’s. Wiedlin has also had a solo musical career. The Go-Go’s went on to become one of the most successful American bands of the 1980s, helping popularize new wave music into popular American radio with hits such as “We Got the Beat”, “Our Lips Are Sealed”, “Vacation” and “Head over Heels”, and became the first all-female band who wrote their own music and played their own instruments to ever achieve a No. 1 album, Beauty and the Beat.

Jane Marie Genevieve Wiedlin (born May 20, 1958) is an American musician, singer, songwriter, and actress best known as the co-founder, rhythm guitarist and backing vocalist of the new wave band the Go-Go's. Wiedlin has also had a solo musical career. The Go-Go's went on to become one of the most successful American bands of the 1980s, helping popularize new wave music into popular American radio with hits such as "We Got the Beat", "Our Lips Are Sealed", "Vacation" and "Head over Heels", and became the first all-female band who wrote their own music and played their own instruments to ever achieve a No. 1 album, Beauty and the Beat.
Advertisement