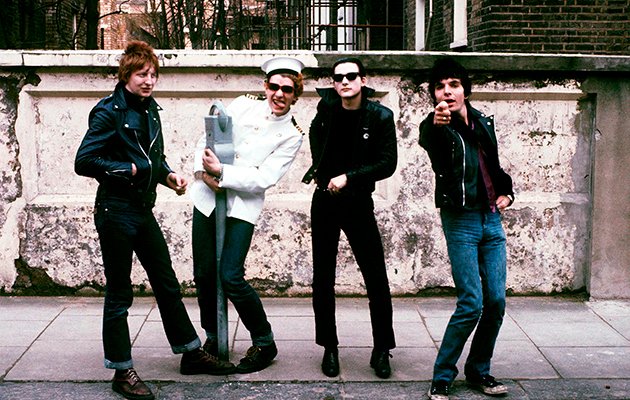 This mighty tome, titled ‘The Damned 1976 -1978′ is individually signed by the four original members and features new interviews with Dave, Captain, Rat and Brian, as well as exceptional photography by Erica Echenberg.

They were the first British punk band to release a single, tour the United States and release an album. The imperious and iconic The Damned were forever trailblazers. Brian James, Dave Vanian, Rat Scabies and Captain Sensible made a rarefied noise that has endured ever since.

The remarkable story of The Damned from 1976-1978 is now told for the first time by those original members in this exclusive collectors’ volume.

Every book features an original, signed bookplate while featuring new interviews with the four original members. There is also exceptional, authentic photography from Erica Echenberg. The number of signed copies is strictly limited to 1,000.

Telling the story of how they burned so brightly that they had to burn out, Brian, Dave, Rat, and Captain recall the highs and lows of those remarkable early years in this beautifully produced volume.

From New Rose to New York, from the 100 Club to an early split up. This incarnation of The Damned lived fast and died young – and now, its original members tell their true stories for the first time.

Pre-orders will be dispatched just before their reunion shows in February 2022 – don’t delay, BUY NOW before the books sell out!

The details of The Damned’s rescheduled dates for their UK tour with their original line-up (Brian James, Dave Vanian, Rat Scabies, and Captain Sensible) are below. All previously purchased tickets remain valid for the new dates. The Skids, The Wildhearts, Penetration, TV Smith & The Bored Teenagers, and Smalltown Tigers have been announced as support.

More of The Damned