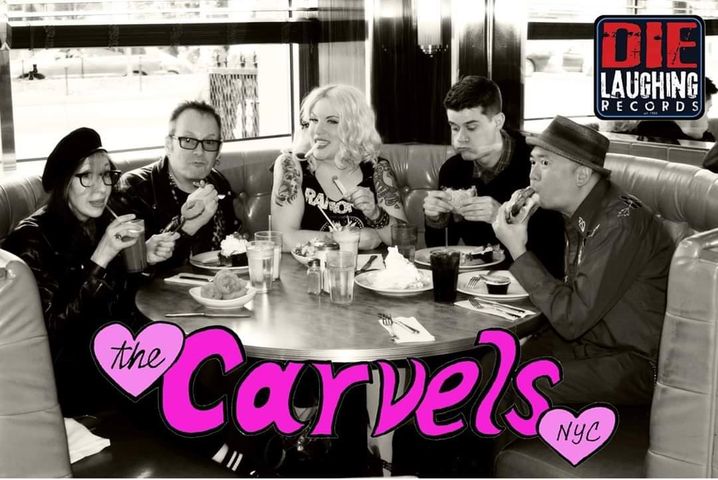 New York punk/rock/garage band THE CARVELS NYC have just released their debut album and it’s live… well kinda! The band had always planned on making a live album for their debut because they wanted to capture their brilliantly powerful and explosive vibe. But… thanks to a little thing called COVID, their gig at NYC’s legendary Cutting Room club got canned.

However in May, the band ‘snuck’ back into the Cutting Room with producer Freddie Katz and played (socially distanced and masked up of course) to an empty venue. Amazingly, despite the lack of a heaving, sweaty and enthusiastic crowd, the band have managed to deliver a blisteringly powerful album with that all-important ‘live vibe.’

Influenced by NYC original punk (Blondie, Ramones, Heartbreakers), 60s girl groups (The Ronettes, The Shangri-Las), with a drop of Lou Reed & The Velvet Underground’s deadpan cool – The Carvels NYC first full-length album is out now via Die Laughing Records and certainly one to ‘get yer lug ‘oles around’

Available on most streaming services and you can also check it out on the Spotify link below.

Available from select retailers and www.dielaughingrecords.com