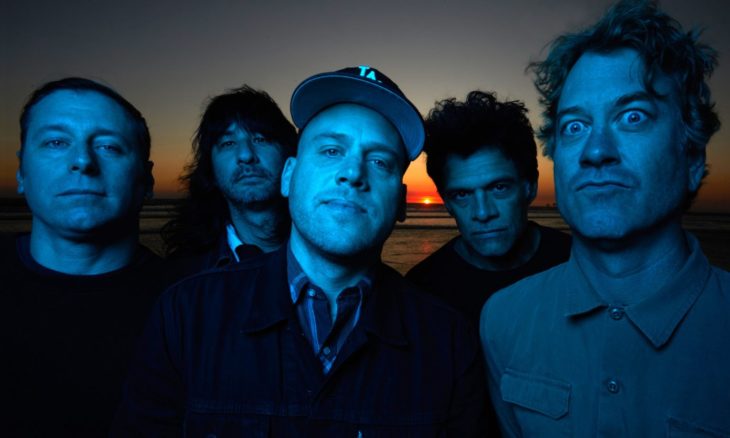 The LA punks have released Superbloom, their second single from the upcoming album Bronx VI due out 27 August via Cooking Vinyl.

Hot on the heels of the first single, White Shadow, The Bronx have given us a second helping with Superbloom. The new track is also part of a collection of limited-edition 7-inch singles.

Frontman Matt Caughthran recently said: “Superbloom is a search for deeper meaning. Musically, the song originated from our bass player Brad Magers, his first official offering on a Bronx record.”

He continues on to say: “The chorus was co-written by guitarist Joby Ford, so there is a sonic push/pull that takes place for the first time in Bronx history. Lyrically, the song is about a day I spent lost in the California wildflowers with an old friend. Reflecting on the past in a somewhat desperate attempt to make sense of the present. A very inspired song beginning to end, one of my favourites on the record.”

The new album was produced by Joe Baressi (Tool, Melvins, Bad Religion) at his House of Compression studio in Pasadena, California. Baressi was without doubt, the perfect fit for the new album according to Caughthran, “He was just the perfect guy for this record. We went in feeling really good about all the songs, and we just needed someone to make them sound fucking badass and take it to the next level. That was definitely Joe.”

Each of the 11 songs on ‘Bronx VI’ will be available as individual, limited-edition 7-inch singles. Each feature unique artwork from a hand-picked group of artists, including Estevan Oriol, Craig Stecyk, and Tim Armstrong.

Australian husband and wife visual artist DabsMyla were behind the design for Superbloom. One lucky fan will find a surprise original DabsMyla painting inside the 7-inch sleeve.

DabsMyla said: “We were introduced to The Bronx years ago when we were living in Australia. Our friend we were painting graffiti with had the first Bronx album playing in his car while we were driving to the spot and from that point on, we were both hooked. Being fans and getting to create artwork for the Superbloom single has been an [honour]!”