The lead singer with The Automatics reveals the ten punk songs that play regularly on his turntable.

In a new regular feature, we speak to punk-loving celebs and ask them: “If you were only allowed to have ten punk singles in your record collection, which ones would they be?”

Despite the considerable groundswell of popularity, they (like many punk groups) didn’t last long.

“We played too fast, stayed up too late, and burned out quick,” David admits. “We came up through a time when you were more likely to get beaten up than paid when you played. We played on the circuit with X-ray Spex, the Members and Eddie and the Hot Rods. We hung with Johnnie Thunders (who sometimes played with the group) and we thought the Sex Pistols were wimps and I still meet critics and fans who swear we were the best group they ever saw.

We never played more than a half-hour even when we were headlining at the Marquee – we did every Thursday night -and nobody ever complained!

Short and sweet and to the point

10. THE ONLY ONES – Another Girl, Another Planet (The Only Ones)

Great record. These guys kind of predated punk and they were already great players. Lots of subtle little pushes and accents in this especially that intro. I think I would be right to say that John Perry was the musical brains but Peter Perets smacked out vocals just makes it all so damned rock and roll.

I listen to it now and it’s kind of a rough recording but at the time it came out it felt like the “new plus ultra” of studio sophistication!! But most of all it kicked off the renewal of my love affair with the Rickenbacker 12-string though it would take me several decades to cotton on to the fact that the Byrds tuning was different.

8: EDDIE AND THE HOT RODS – Do Anything You Wanna Do (Life on the Line)

The Hot Rods were there most rocking of the pub rock bands and were deeply soaked into the R ‘n’ B thing. Then Graham Douglas joined the band and he brought this beautiful little pop-rock classic with him. Producer Steve Lillywhite was very involved in recording it although Ed Hollis is credited as producer. Steve had me and his Mum do the handclaps on it. You can tell I steal the show!! LOL

Yeah, I know. You’re going to say, “That’s ska, it’s not punk” and you’d be right except to say that punk was much more inclusive back in those days. The obsession with sub-categories is a very modern obsession.

In those days folk, pop, ska and whatever you had could be in if you had the punk attitude. So in my book, Rico Rodriguez who plays slide trombone on this classic is bossing it. Respect.

Again a guy who was prepunk. I first saw him with the Pink Fairies who were another pub -rock band (which is what punk grew out of) but my favourite is this amphetamined up slice of paranoia. You can feel his jaw grinding as he spits it out. You can see the flashing lights in his rearview mirror.

John Peel called this “the best record in the history of the Universe” and then never played it again! I told the writer and singer Phil Hendriks (whose new album ‘Radio Calling SOS‘ is brilliant by the way) that he missed a trick by not making the ‘Inside Out’ B side, ‘Upside Down’.

A great little band from Blackburn who was there at the very beginning.

A great slice of pop-punk by a man who came out in a still very homophobic world. One thing I think punk could have done better was to embrace gay more than it did… but young insecure guys… which is what most of the proto-punks were, tend to make the usual kind of homophobic jokes. I did too and I should have been better. In an age of heroic heterosexuality, you have to salute his courage but I chose this on merit alone. It’s a great record. Then he went straight. It doesn’t usually happen that way around!

Not much to say about this – I just like it. Mick’s searingly metallic guitar cutting through a Ramones like pop punk melody while at the same time actually saying something. I was torn between choosing this and Complete Control.

2: The Jam – Down at The Tube Station at Midnight (All Mod Cons)

For my money, The Jam were the best of all the punk bands and they weren’t even all that punk… and if I include them ought I not to include “The Kids Are Alright” by The Who as well? There are so many great Jam songs that it’s hard to pick just one.

It wasn’t apparent “back in the day” that they towered over the competition but as other bands records have receded into insignificance with the passing of time, the Jam records have reared up and grown in stature.

1: THE MEMBERS – The Sound Of The Suburbs (At The Chelsea Nightclub)

Sound of the Suburbs by The Members is such a natural record. Nicky, JC and Adrian (and later the estimable Nigel Bennet) weren’t trying to write above themselves – they were writing about a world they knew and it all lined up with some great “dumb” playing into a great punk classic.

Buy the Automatics’ entire discography and relive their magic moments in the punk rock music scene. 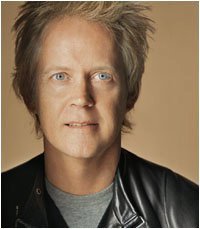