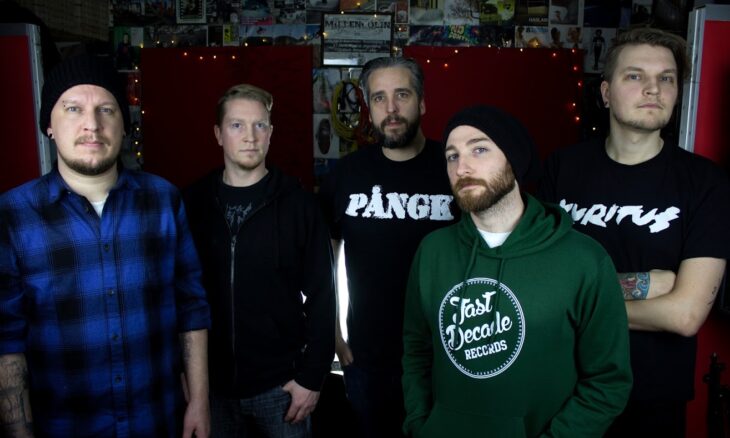 The Finnish punks are on the money with this short, sharp party banger

Teresa Banks is a Finnish/ Spanish/Italian punk band from Helsinki formed after a Millencolin gig by friends who have known each other from years of playing in different bands in the Finnish punk scene.

Brought together by their love for 1990s skatepunk and early 2000s melodic hardcore, the first fast chords were played together at the beginning of 2017, and their debut self-titled EP came out in January 2018. They played all around Finland during that year and had their first gigs abroad.

In January 2019, they released their second EP titled ‘Bridges We Build/Bridges We Burn’, distributed by Fast Decade Records in Finland, Melodic Punk Style in Europe, Punk & Disorderly Records in North America and Milestone Sounds in Japan.

Teresa Banks has been actively playing all around Finland and abroad since their formation a few years ago. The band has played with such notable punk rock bands as Darko, Adhesive, One Hidden Frame, Drunktank and opening for Cigar at London’s New Cross Inn. Teresa Banks also played at the Introduction Stage of Rebellion Festival in 2019 and Copenhagen’s monthly Punks Undead club.

The band has obtained airplay in several podcasts and the national radio of Finland. They’ve also done charity work with their music, donating profits from concerts and benefit compilations to causes like Doctors Without Borders and Animal Rights organisations.

‘Alcohol and Cigarettes’ is off their three-track, three minutes long EP titled 2 Minutes Too Long.‘