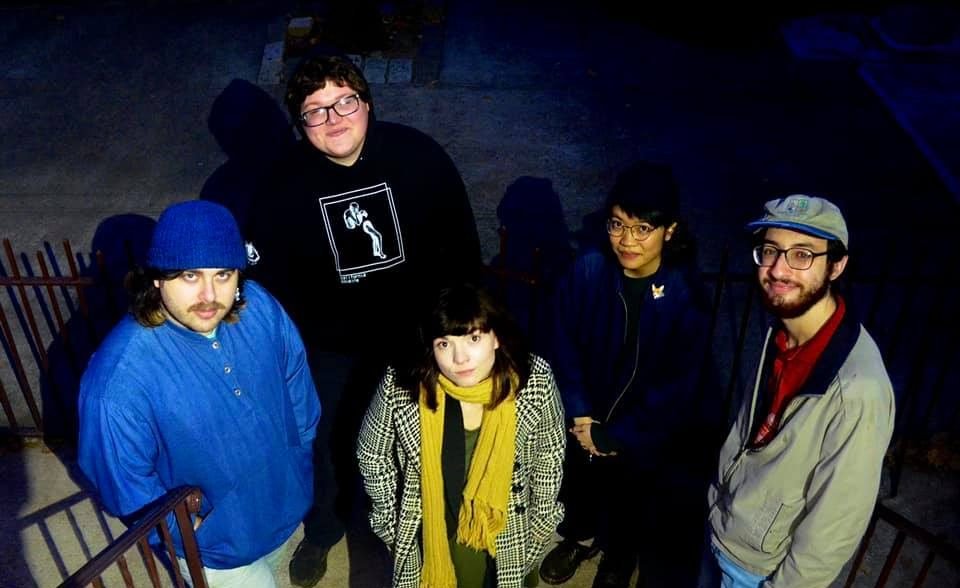 In reflecting on the song, the band stated, “Drown is about the condescending thoughts and feelings that people with OCD have when they are in a dysphoric state, but at the same time its triumphant because we’ll all die at some point anyway, so one day these feelings will end.

“Drown was one of the last songs we wrote for our album and the first one Eli wrote for the band. Luke took a lot of the singing style from Glocca Morra’s early material and felt a lot of love for the Replacements-esque energy from the lead guitar. We called it ‘Eli’s Song’ for a while and morphed into Drown because Luk was watching a lot of mob movies.

The video is reflective of how we’ve been feeling as a band during the pandemic. How empty it feels to work and write but not be able to have that in-person experience and celebrate, especially having released our first full-length record. We had a blast shooting the video, even though we probably had to listen to that song 500 times that day.

Luke’s uncle actually makes an appearance at the end of the video, probably the best part tbh. A special thanks to the venue House of independents (where we filmed) and Jordan Hidalgo & team (who filmed and helped with the video).

Predominantly a queer-identifying band, the songs on the album reflect that experience holistically with lyrics that grapple with vulnerability, community, extreme existentialism, mental illness, and gender euphoria. The album maintains constant energy, and that energy also celebrates the bravery of being a queer band. Further, the songs speak in narratives, making sure people are held accountable for their actions and in the same vein, given the opportunity to communicate that self-reflection.