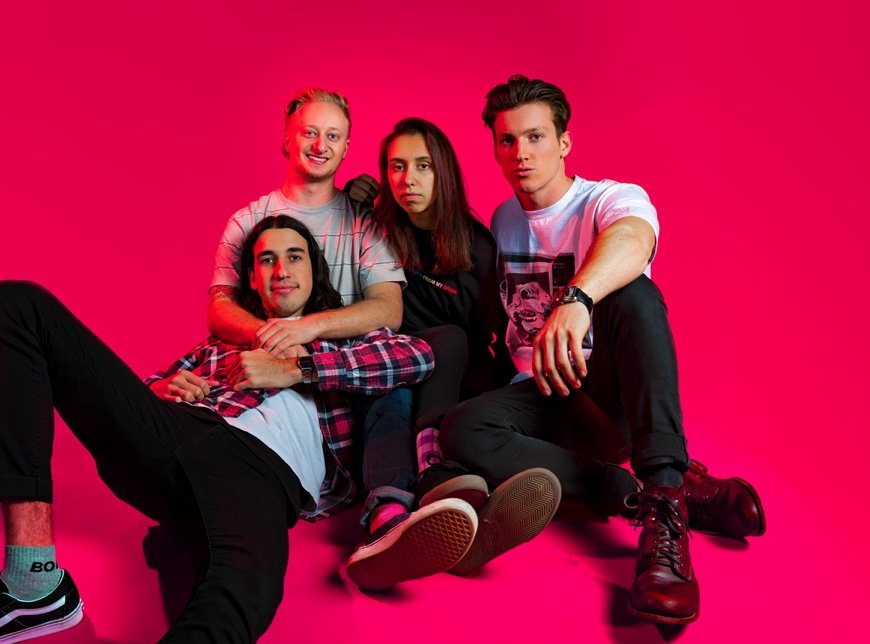 After the warmly-received dual-track release of ‘Good Person’ and ‘Full Circle’, the Aussie punks have returned with a melodious new single

Sentimental kicks off with fuzz-laden guitars, steadfast bass and unwavering drums, while the hovering lead line paves the way for the vocals from frontman Cody Stebbings to set the song’s emotional tone.

Layers of instruments drop out to create tension before the band crescendos into an exuberant chorus, complimented with elegant harmonies and salubrious riffs. The silvery hook along with cathartic transitions showcase the band’s technicality and chemistry, as the lyrics explore topics that surround the title.

Stebbings talks about the process behind ‘Sentimental’:

“I had just finished rehearsal with everyone. On the way home I began to question my own songwriting methods and the value behind the lyrical subjects. I felt I was dramatising and overstating everything I wrote about in some strange attempt to overcompensate for a lack of musical and emotional diversity.

“I said to myself what would later become the hook: ‘when am I ever not sentimental?’ I wrote the song that night, and we workshopped it with Stevie; sensibly crafting the dynamic push and pull, going over the melody until it was true to the theme. The song emphasises the satire in trying not to be so sentimental about the things that should matter.”

To celebrate the release of the new track, Down For Tomorrow will be playing headline shows at The Workers Club in Melbourne and Waywards in Sydney. This continues on from a sold-out run of live performances across NSW with fellow Sydney-siders FANGZ, as well as shows supporting Australian pop-punk goliaths Stand Atlantic and RedHook.

In the live arena, they have traversed the East-Coast of Australia multiple times, selling out multiple headline shows and sharing the stage with The Maine (USA), The Dangerous Summer (USA), AS IT IS (USA), British India, Yours Truly and The Dead Love.

For more news check these out…