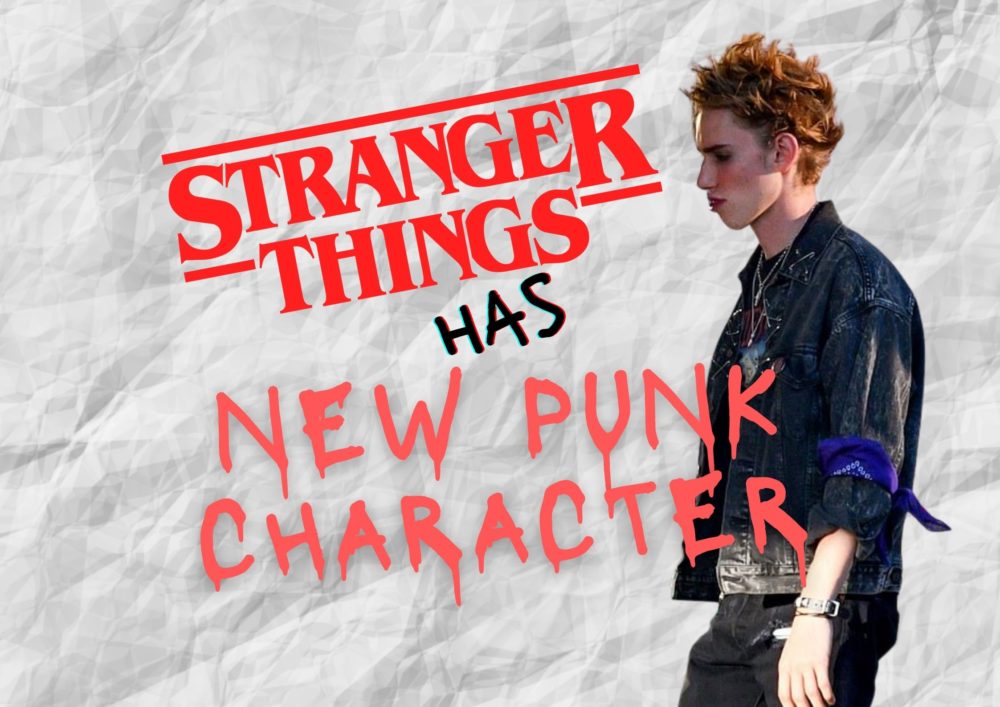 Stranger Things has added a new punk rock character for Season 4 of the popular Netflix sci-fi horror show. Turns out that leaked on-set photos shows Levon Thurman-Hawke, brother of Maya Hawke (who played the character Robin Buckley in the season 3 of the show) ‘punked-up’.

The recent reveal of who the punk is was in part also proved by the Twitter user @sthingstuff who linked together photos of the siblings together with leaked photos of Season 4’s set.

Although Netflix has yet to release a comment on the casting news, Levon Thurman-Hawke’s official Twitter account did reshare news of his casting in Stranger Things – which surely confirms the story as being true.

Levon Thurman-Hawke is 18 years old. His father, Ethan Hawke, started acting when he was 14 years old. His mother, Uma Thuman, began modelling at 15 years old and moved from there into acting. It seems like Levon is following in his parents’ footsteps!