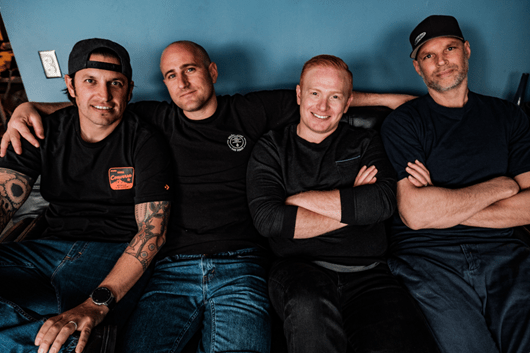 Chaser will release their fifth full-length album, ‘Dreamers on April 9th via Sound Speed Records, Thousand Islands Records, SBAM Records, and Pee Records. The band’s bassist Jesse Stopnitzky says, “Dreamers” is a 13-song burst of anthemic and melodic punk energy with self-reflecting and hopeful lyrics. It is a reminder to keep chasing your dreams and keep your head up. It’s the most personal album we have written, touching on the highs and lows of life, but as always, with a positive CHASER twist.”

In 2018, CHASER released, “Sound the Sirens”, on Effervescence Records and it was voted by fans as a top punk album of the year. For Chaser, it was a return to the basics of what started it all for them.

‘My passion and love for punk rock was definitely guided by the early 90’s melodic skate punk scene, and particularly Face to Face. ” Jesse says. “Though, I would say the musical style of Chaser is a combination of Pennywise, Bad Religion and No Use for a Name.”

Chaser’s music is best described as energetic and powerful, with a melodic, upbeat melody, and positive and thought-provoking lyrics.

If you enjoyed this, check out…