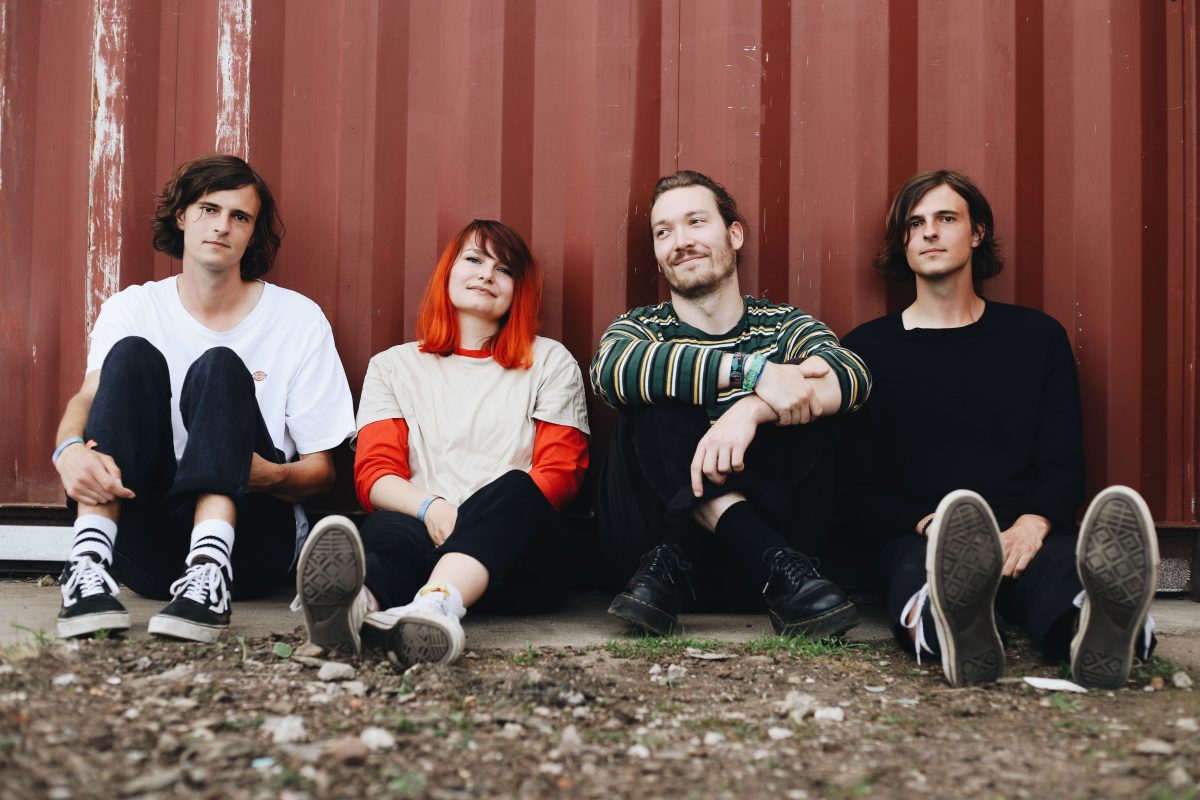 Dutch quartet SNOW COATS are delighted to announce details of their second album. If it wasn’t me, I would’ve called it funny is set for release on 9th September 2022 via Alcopop! Records. To celebrate the news, the band are streaming their new single Dinosaur which is out now on all good DSPs. Commenting on the track, vocalist and mandolin player Anouk van der Kamp says: “I’ve always been very bad at making decisions. Our song Dinosaur is about me asking people to be patient with me.”

Following a run of UK/EU tour dates with Boston’s Future Teens, the single is the last to be taken from the quartet’s forthcoming new album. Dinosaur comes hot on the heels of summer single Chevy, winter 2021 lead single Right Fit, and melancholy slow-burner Anyway.

Snow Coats recorded during the 2021 lockdowns in their own purpose-built rehearsal space and studio. The band worked remotely with producer/mix engineer Joe Reinhart (Beach Bunny, Hop Along and Modern Baseball) to get the right sound and feel for the forthcoming second record.

“We’d spend multiple hours every day in our rehearsal space in Arnhem writing the songs and recording demo versions,” says guitarist Daan Joost. “After finishing a bunch of songs, we couldn’t wait for people to hear them. We wanted to see a reaction from the audience, but it just wasn’t possible as we were stuck in lockdowns.”

Reinhart has been involved in the creation of some of the band’s favourite records. The band sent demos across to him remotely, and arranged multiple meetings with Reinhart via Zoom where they intricately dissected songs and discussed ways to push them to the next level.

In February 2021 the band began recording the album in their rehearsal space and Anouk’s bedroom. Reinhart then mixed the album later that year in his studio in Philadelphia, PA. “This was kind of a first time for us to have someone outside of the band have opinions about the songwriting and sonics and stuff,” explains Joost. “But we couldn’t wish for anyone other than Joe to be involved with making a record.”

After toying with a few options for the album’s title, If it wasn’t me, I would’ve called it funny presented itself as the perfect encapsulation of the band’s self-deprecating and lighthearted approach to their own perceived shortcomings.

“Sometimes it’s the embarrassing or awkward moments that make for a good story.  Vocalist van der Kemp explains her philosophy and source material. “The idea for the album title came after a night when I left a restaurant, and as I waved and said goodbye to the people who worked there. I did in fact not go through the exit door but walked into the men’s bathroom. Very awkward for me, very awkward for the people who worked there, but if someone else would’ve told me this story, I would’ve laughed.”

‘If it wasn’t me, I would’ve called it funny’ is released on 9th September via Alcopop! Records