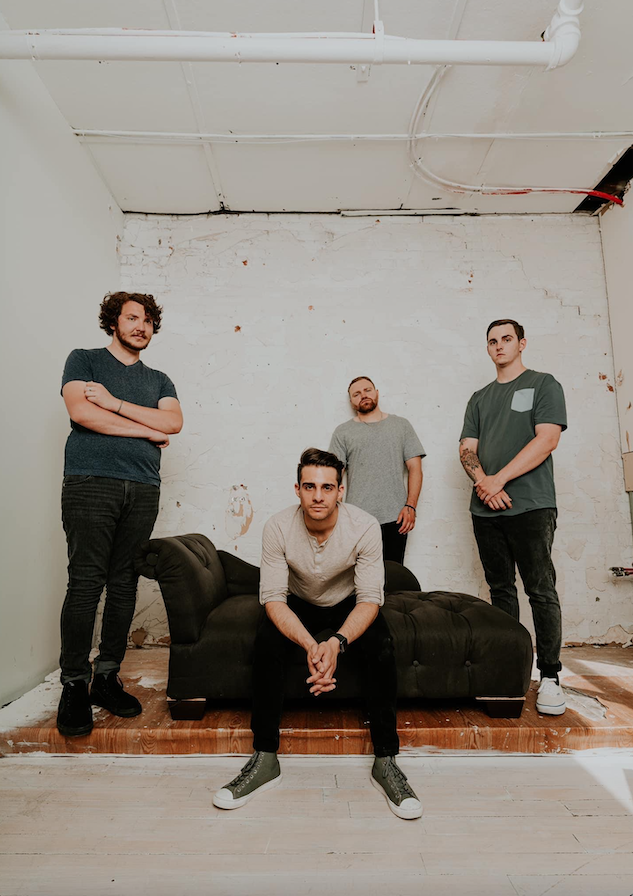 “You’ll Never Know” is the band’s second single, the latest in a series of new tunes the band will be releasing this year. Singer/songwriter Jake Anthony Salazar has spoken out about the track.

“In many ways, You’ll Never Know is a sequential follow up to our first single, Save Me,” Jake says. Save Me was about my internal monologue during one of the most difficult times in my life. Whereas ‘You’ll Never Know’ is about realising I had to save myself and reconciling with that. Only I could make the changes that were needed for me to be happy, but with change comes loss.

“You’ll Never Know is focused on coming to the reality of my situation and the grief that came with escaping it. Things that are good for us, in the long run, don’t always feel that great in the now. This song is me trying to come to terms with that.”

The band whose name is derived from Edgar Allan Poe’s The Fall of the House of Usher, formed during the early stages of a global pandemic. Roderik is comprised of remnants and fragments of bands that once reverberated through the vibrant Long Island music scene, including Approaching Troy’s, singer/songwriter Jake Anthony Salazar & guitarist Jay T. Sutherland. Salazar and Sutherland set out with bassist David P. K., and drummer Danny Nugent, to rebuild and reformulate.

After years of writing and playing shows the four have finally come together. They are now not only making music, but building visual experiences that mirror that of its dark origins. As Roderik, the band aims to combine musical elements with visual representation, showcasing the dark and honest truth of Salazar’s dark lyrics, which stem from his life experiences and ongoing battle with depression

Roderik’s musical influences stem from Post Hardcore. You’ll often also find Pop/Hip-hop and R&B influences bleeding into many of their songs. On the visual side, the band are heavily inspired by dark elements incorporated into modern day cinematography and literature, hence the Poe reference mentioned earlier.