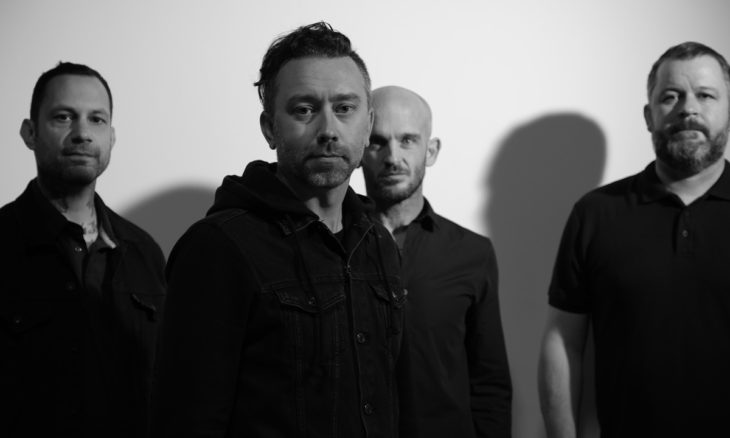 Armed with a blistering, aggressive new single, Nowhere Generation, the multi-Platinum, politically imbued punk rockers RISE AGAINST celebrate the track’s catapulting into the Top 25 on Billboard’s Mainstream Rock chart and Top 30 on Billboard’s Alternative charts in only its third week of release.

The song is a David-and-Goliath call-to-arms directed primarily at Millennials, Gen Ys, and Gen Zs to preserve and defend the fact that people, not politicians, hold the real power and that our younger generations need to reclaim that power to ensure the future of American Democracy.

In its debut week, Nowhere Generation was the #1 Most Added track on both Rock and Alternative radio; an accomplishment that only Foo Fighters‘ #1 smash Shame, Shame also achieved in the past year.

Additionally, in the short time since its debut, Nowhere Generation has contributed 2.3-million streams to the band’s global total of nearly 4-billion.

“Millennials and younger generations are dealing with a lot of things that my generation and my parent’s generation didn’t; income disparity, environmental degradation, the barrier of entry for jobs. ‘Nowhere Generation’ is connecting with people who, like the band members, have simply had enough of this sh*t.” – Tim McIlrath, Rise Against

Rise Against performed their new hit single Nowhere Generation for the first time today via Livestream.

” The performance was preceded by the entire band – Tim McIlrath/vocals, guitar, Joe Principe/bass, Brandon Barnes/drums, and Zach Blair/guitars – on a live video chat hosted by the Grammy-nominated creative director Brian Roettinger (Jay-Z, Florence and the Machine, No Age).

Roettinger crafted the cohesive cross-campaign visual designs, and discucced with the group, the overall project’s thematic visuals, from the album artwork to band photos to music videos, and eventually to Rise Against’s on-stage tour production.

Nowhere Generation is the title track from what may be the most consequential album of Rise Against’s 20-year career, due out June 4 on Loma Vista Recordings. The eleven songs on Nowhere Generation call out today’s social, economic, and political factors that are undermining and redefining one of the core tenants of being an American: that despite your race, place of birth, or societal class, if you apply yourself and work hard, you can achieve your vision of a fuller, richer and better life, The American Dream.

What is tantamount to a sell-out of the Middle-Class is the thread that runs through the album. Said vocalist/lyricist/rhythm guitarist Tim McIlrath, “The brass ring that was promised by hard work and dedication no longer exists for everyone. When the privileged climb the ladder of success and then burn it from the top, disruption becomes the only answer.”

Listen to latest single Nowhere Generation on all streaming services.