Rise Against Added To Lineup For Arts, Beats & Eats 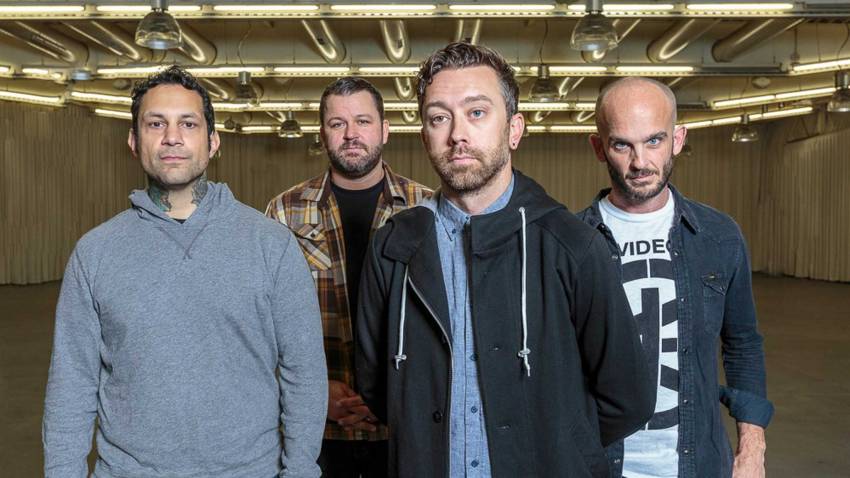 Organisers of the Soaring Eagle Arts, Beats & Eats festival in Royal Oak, Michigan, USA has just announced that Rise Against will be the headliner on the Michigan Lottery National Stage on Sunday, September 5, the third day of the Labor Day weekend festival.

After being cancelled in 2020, Arts, Beats & East announced its lineup earlier this month, but its 10:15 p.m. headliner slot was listed as TBA

Rise Against has been described as punk, or even “philosophical punk,” by The Guardian for being “vegan singers who sing, shout and scream about the rights of both humans and animals.” Hailing from Chicago, the band has been making music for 22 years and recently released Nowhere Generation, its ninth studio album.

In its album review, Punktuation said: “Nowhere Generation joins the band’s long list of politically and socially charged albums, delving deep into the shadow side of the world we live in. It calls out a world in social decline pointing the finger of blame at older generations that seemingly turn a blind eye to the disastrous results of past inaction. The album pleads for empathy, acknowledgement and change. It offers hope and empowerment. This is the quintessential punk album.”

Rise Against co-founder and bassist Joe Principe told Phoenix New Times. “We finished this record before the pandemic, but the lyrics are certainly applicable to the pandemic. It’s a record that, instead of trying to provide a solution, or how we always give a sense of hope on our records, it’s instead like, ‘We don’t have to have all the answers.’ But, we can certainly sing along in solidarity with just how hard it is to have your head above water these days.”