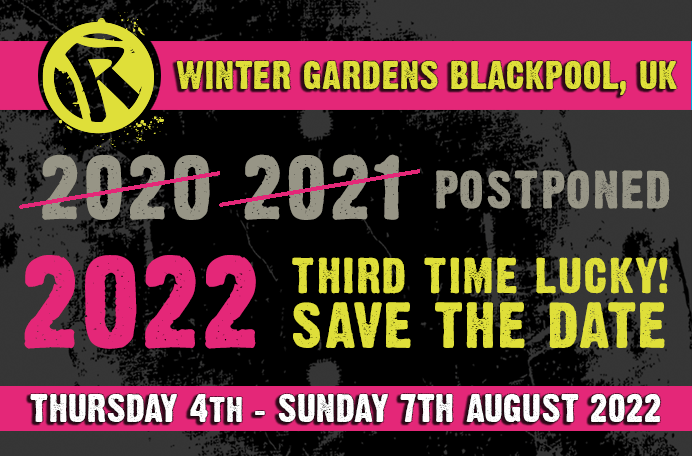 The organisers of Blackpool’s annual Rebellion punk music festival have confirmed that the dates for 2021 are unable to go ahead, meaning the event has been cancelled for the second year in a row.

On their lengthy Facebook post, they confirmed that due to the continuing uncertainty around large scale events such as music festivals, they were unable to take the risk of going ahead if government guidance would make it ultimately unviable.

“The feeling is that music festivals are being ‘timed out’. No one is saying we CAN’T go ahead, but nothing is in place yet than means we CAN either.” the Rebellion post said. “That is why the last few weeks have seen many many independent festivals take the tough decision to cancel and we know there are many more that will soon be making their announcements too.”

Rebellion’s organisers listed insurance issues, lack of clarity around safety and entry guidance, and some overseas acts suspending international travel this year as reasons for the decision to postpone the festival until August 2022.

“We know that this news will disappoint so many of you and trust us, we’re as gutted as you are.” the Rebellion spokesperson continues. “We don’t do anything else. This is our life. We’re also gutted for all our crew, the hoteliers and B&B owners, the bands, the Winter Gardens and everyone that benefits from Rebellion each year.”

Despite the disappointment for many attendees, the 2022 event looks like it is going to be bigger and better than ever, with additional space added which will enable the capacity for the event to be increased with an additional outdoor stage.

Previously confirmed headliners include Henry Rollins, Sham 69, Stiff Little Fingers and The Undertones. It is unclear at this early stage who will be performing at Rebellion 2022 but according to the latest update, there will be some surprise headliners for next year as well as some acts who were scheduled to play in 2020. Watch this space for announcements on acts.

Rebellion joins an ever-growing list of other UK festivals who have made similar announcements to roll their events over to next year including Download, Boomtown, BST Hyde Park and of course, Glastonbury.