Ramones Are Headed To Space 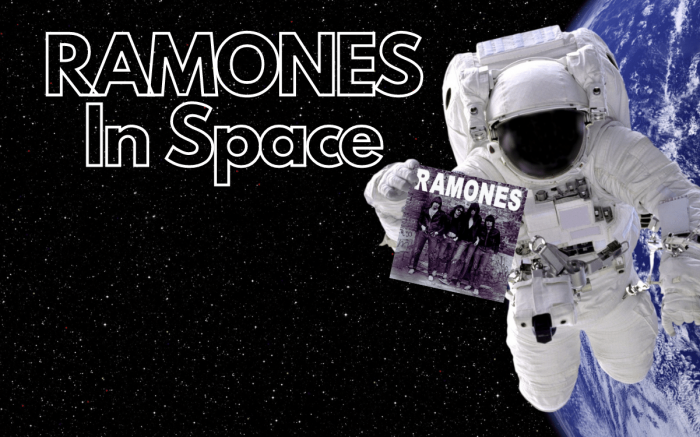 The first Ramones record to go boldly where no punk record’s been before thanks to Italian punk festival Punk Rock Raduno.

CJ Ramone just posted an Instagram video stating that the first Ramones record is going to be rocketed into space. The trek to ‘go where no punk record has gone before’ is being organised by the Italian punk festival Punk Rock Raduno, with a launch date set for July 17.

Punk Rock Raduno is a free festival held in Bergamo, a beautiful city in northern Italy. According to the organisers, Punk Rock Raduno is a “dumb, little festival’ that started in 2016, when Otis Tours and stripedmusic.com decided to bring together the best pop-punk bands from around the world for a summer festival in Italy.”

“It is literally a family reunion,” the organiser’s say. “This is why we stand strongly against racism, sexism, homophobia and violence. Everybody is welcome. Raduno is about getting together, taking care of each other and having a good time while listening to our favourite bands. We wanna keep it that way, so put on your best smile ’cause you’re in for a treat.”

Of the launch into space, Punk Rock Raduno said. “A few days after the mission is completed, we’ll share a small video with the pictures of the Ramones’ first record and our photos/messages in space, and the name of everyone who has contributed will be in the final credits!”

If you’re wondering, the probe will fly back to Earth after going up about 30km, and then the production team will recover it, so there’ll be no waste in space!

enjoyed this story? ‘Ave a gander at these…