Queerness doesn’t just have fingerprints all over rock music – queerness is embedded into the very DNA of it. From pioneers such as Sister Rosetta Tharpe and Little Richard, to game-changer influencers like Janis Joplin, Fanny and David Bowie, queer creatives have helped drive popular music into bolder, more adventurous directions. Punk is no exception.

Not only did queer culture give punk culture its name, it helped guide its rebellious streak, its sense of otherness. All over the world, punk clubs and events would find shelter in gay venues, where  advice on DIY outfits, chains and leather jackets, profane humour and two-fingers-up at authority were all to be found.

You want a place to feel at home in this world, you’ll have to carve it out yourself – that’s a bedrock of both cultures, and when the two collide, they can carve it up as well.

Quite a talent, our Courtney. A lyricist you might easily rank alongside Billy Bragg or Paul Kelly, and man can she rock.

A long career of kitsch, camp and carnal delights to choose from, but have you given Rock Lobster a proper listen lately? Ricky Wilson covered both lead and bass guitar functions on an instrument that rarely held its full component of strings. RIP you talented thing.

Butthole Surfers: Who Was In My Room Last Night

King Coffey says when they try to play normal, it still comes out sounding fucked up. Thank god for that!

The Clash: The Right Profile

One of the longest songs on London Calling is devoted to a gay icon, Hollywood star Montgomery Clift. Dear Monty and his beautiful face deserve to be here.

She fought in the Stonewall riots, has been present for every iteration of punk that’s happened since and is still going strong. Wonder Woman, indeed.

This entered the lives of legendary punks The Damned after Captain Sensible chose it as his first solo effort in ’78 and they’re still performing it forty-two years later to great delight.

Billy Joe Armstrong’s coming out, really, except that in the heat of the massive breakthrough album Dookie, most folks didn’t realise it at the time.

Hüsker Dü: Makes No Sense At All

In terms of influence, only The Ramones are a more important American punk band. Bob Mould still plays this in his solo shows, declaring it one of his favourite compositions.

A glam-tinged bouncer from one of our most enduring icons. Joan refused to be dismissed, refused to go away. Legend.

Kid Congo Powers’ CV is cooler than yours – sorry, but it’s true. The Gun Club, The Cramps, Nick Cave & the Bad Seeds, hell he was even president of The Ramones fan club when he was a kid!

Canadian queercore has given the world plenty, including Fifth Column, Peaches and Lesbians On Ecstasy. There’s also a remix of this featuring none other than Boy George, but the original is spikier and trashier.

Few bands announce themselves with such a clear mission statement as the spearheads of ’90s queercore did with their first album, Undressed. Anthem closes the album in style.

Teenaged Lou Reed was institutionalised by his parents because of his “tendencies”, medicated and given electric shock treatment. That’s called Conversion Therapy these days and is -thankfully- being steadily banned. The pain was clearly still raw years later, even cutting through Reed’s own self-medicating.

Glad To Be Gay is their classic, but TBR’s biggest success came with this anthemic stomper. Mainstream music fans in suburbs everywhere were belting it out in 1977, blissfully unaware the chorus was based on a marching chant from Gay Liberation protests.

Aussie singer-songwriter Sandridge had a Pentecostal Christian upbringing and attended therapy with her mum after coming out as queer. The happy news is that they have a great relationship now

An all trans, Jewish band from the US with a song about foreskins. How many of us even considered that particular dilemma?

Pete and his band Buzzcocks gave us the most famous queer punk love song, Ever Fallen In Love (With Someone You Shouldn’t’ve). He’d intended Homosapien for Buzzcocks, too, but ended up recording it himself in 1981. Miss you, Pete.

Tribe 8: Butch In The Streets

Snapped up by Jello Biafra for his Alternative Tentacles label, this is a track from Tribe 8’s first album, Fist City. 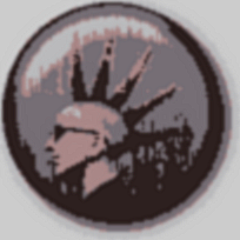 I’m a queer-punk writer from Melbourne, Australia whose stories, poetry and more have appeared in many local and international markets. My debut novel, ‘By the Currawong’s Call’, set in 1890s Australia is available through harpercollins.com.au I also won the Romance category at the 2018 Bisexual Book Awards in New York, I support Richmond F.C. and I like funny shit, animals and railing at the world!

I'm a queer-punk writer from Melbourne, Australia whose stories, poetry and more have appeared in many local and international markets. My debut novel, 'By the Currawong's Call', set in 1890s Australia is available through harpercollins.com.au I also won the Romance category at the 2018 Bisexual Book Awards in New York, I support Richmond F.C. and I like funny shit, animals and railing at the world!
Advertisement