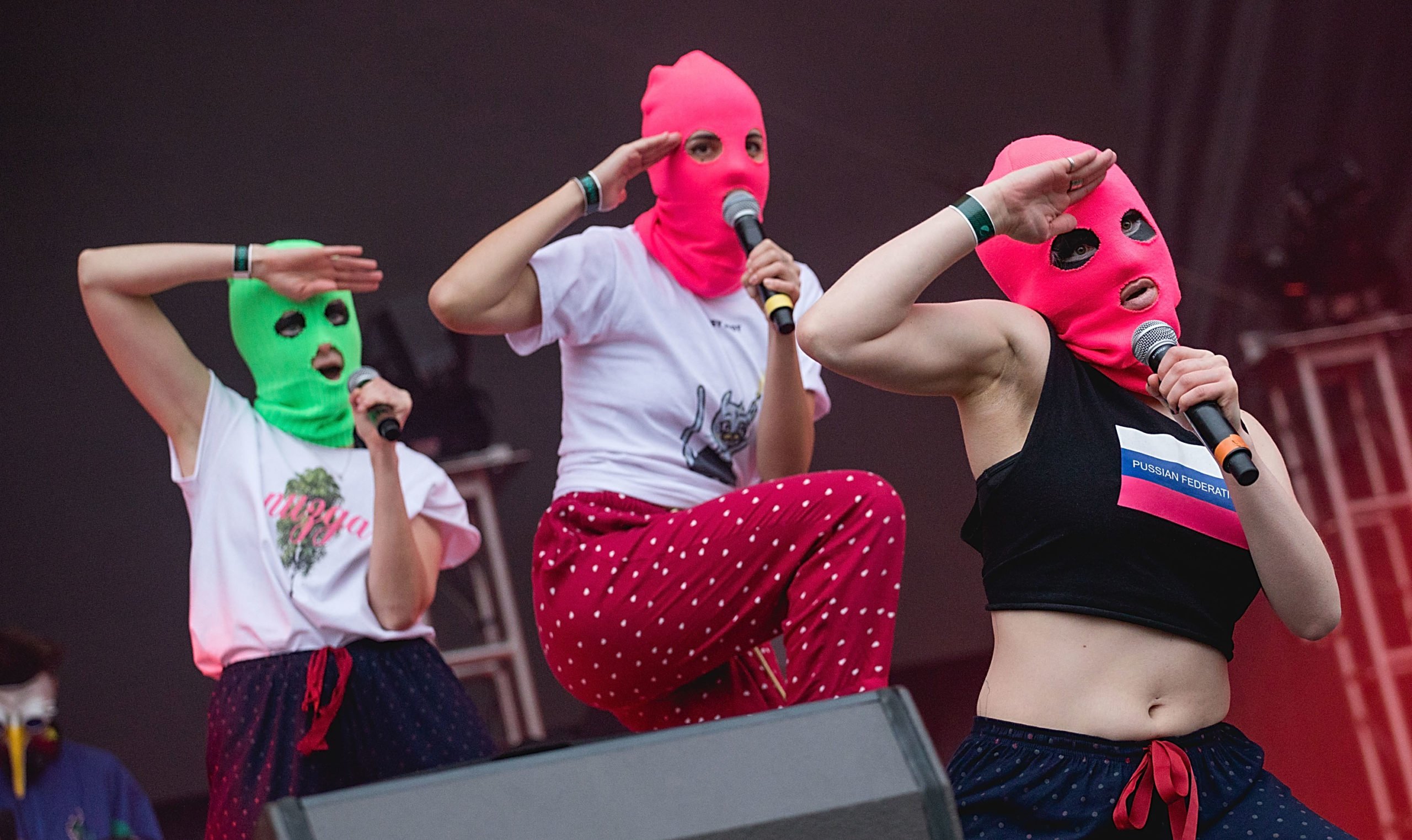 Russian conceptual artist, political activist and former member of Pussy Riot, Nadya Tolokno has taken to Twitter to announce that her mother had been visited by the Russian Police and she was feeling “a bit troubled” by events.

Her worried Tweet came minutes after Tweeting about her friend and the Russian opposition leader, Alexei Navalny being taken to the airport in the Siberian city of Omsk to be flown to Germany for treatment. Mr. Navalny fell into a coma after drinking what his supporters suspect was poisoned tea.

In her Tweet about Mr. Navalny, Nadya said: “I can’t believe it’s my life: I have 3 comrades murdered (Nemtsov, Baburova, Markelov), I spent 2 years in penal colonies for nothing when I was 22-24, a father of my kid was poisoned and almost died, and now Navalny, my friend, is in coma and fighting for life.”

Mr Navalny fell ill during a flight from Tomsk to Moscow on Thursday, and his plane made an emergency landing in Omsk. A photograph on social media shows him drinking from a cup at a Tomsk airport cafe before the flight. His team suspects a poisonous substance was put in his tea.

A prominent critic of President Vladimir Putin, Navalny has consistently exposed official corruption in Russia and he has served multiple jail terms.

“Navalny is on the way to Germany, Berlin. ” Nadya said on her Twitter feed. “He’s in the airport of Omsk, Russia now. Doctors of Charite clinic have experience of treating Russian opposition poisoned by the government. Navalny will be safe & in good hands. Big respect to Charite & @CinemaForPeace“

In another dark turn of events, Nadya Tweeted minutes later stating that she was, “Feeling troubled” after her mother received a visit from the Russian police.

“I guess that’s ok if I feel sad. It’s all objectively fucked up. Yeah, and now cops knock on my mom’s door threatening her by telling her about a new criminal case opened against me. I guess that’s ok to feel a bit troubled.”

Earlier Nadya Tweeted: “…idk if what they say is true or not, I have not seen any documents, but this is very disturbing. they’re clearly trying to intimidate us all. Shame on you, cops”

The bands latest Tweet says; “The plane with Navalny left Russia. In a few hours, Navalny will be in Berlin. We wish Navalny to get better soon.”

Punktuation contacted Nadya for further comment but has yet to receive a response.

Nadya, was a member of the anarchist feminist group Pussy Riot and has a history of political activism with the controversial street art group Voina. On August 17, 2012, she was convicted of “hooliganism motivated by religious hatred” after a performance in Moscow Cathedral of Christ the Saviour and sentenced to two years’ imprisonment. On December 23, 2013, she was released early with another Pussy Riot member Maria Alyokhina under a newly passed amnesty bill dedicated to the 20th anniversary of the Russian constitution.