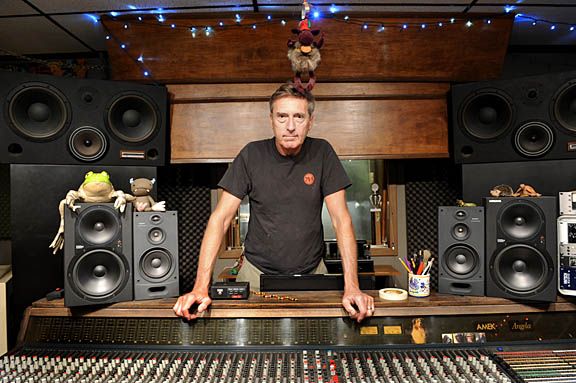 The future of Inner Ear Studio is in doubt following a local government meeting last weekend that could herald the demise of the legendary US punk rock facility. Since moving to its current Arlington, Virginia site in 1990 owner Don Zientara has hosted a who’s who of the punk scene, including Fugazi, Dag Nasty, Jawbox, Bikini Kill, Bob Mould and many more.

But now he’s awaiting the outcome of deliberations by the Arlington Country Board on buying a tract of land that includes Inner Ear Studio’s site, with plans that could see it covered over by a new arts and industry district.

Whatever the outcome of those discussions, Zientara is expecting to be handed a 31 December 2021 deadline to vacate his current premises and, while the County’s plans have yet to be finalised, he seems resigned to its intentions.

“I’m sorry to see it go, but that’s the way that it is,” Zientara said to ARLnow. “So I’m OK with it – it’s just the natural evolution of things. You can’t stop progress.”

Zientara subsequently recorded Mackaye and Nelson’s next band, Minor Threat, as well as Bad Brains,  Government Issue and Henry Rollins’ first band S.O.A. among others in the 1980s. More recently, the studio featured in Dave Grohl’s 2014 Sonic Highways documentary series, during which the Foo Fighters recorded a song for their album of the same name at Inner Ear.

Now 72, Zientara is considering his options, including whether to return to his home-recording set-up or even just call it a day.

“I like what I’m doing, but I could retire,” he told the Washingtonian, “I’m going to have to think long and hard about this.”

Liked this? check out these…