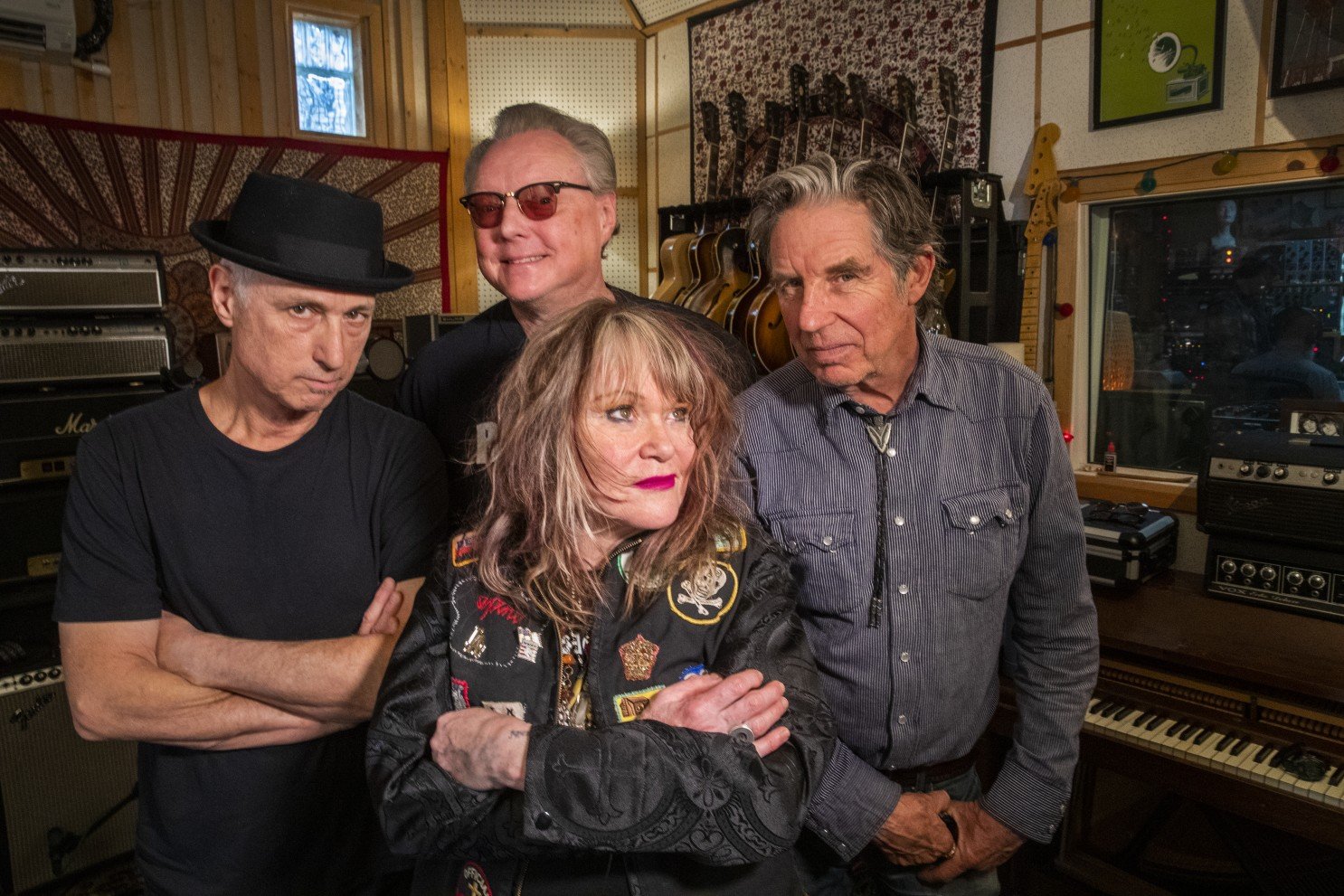 Last year the LA punk legends that are X returned with their first album in 27 years – and the first with the original lineup in 35 years!

Alphabetland was released via Fat Possum records and is, we must admit, a brilliant ‘come-back’ album. Today, they followed it up with two unreleased songs True Love, Pt. 3 and Strange Life, both of which where recorded during Alphabetland‘s studio sessions.

True Love is a reimagining of the funk-inspired track from 1983’s Under The Big Black Sun, and Strange Life is simply a brilliant punk ‘blinder’ that features guitar from Doors legend Robby Krieger.

A different version of Strange Life made it onto Alphabetland, but this newly released rendition happened after Robby Krieger dropped by the studio and X rather cheekily asked him to play on the song.

Krieger adds a brief outro to the song but it didn’t make it onto the album version. X’s singer Exene Cervenka said him popping in to see the band was “fitting and wondrous!” Fitting because The Doors keyboard player the late, great Ray Manzarek produced their first four albums, Los Angeles, Wild Gift, Under the Big Black Sun and More Fun in the New World. All punk classics.

Check out Strange Life Featuring Robby Krieger below. Turn your speakers up to 11!

Enjoyed This? You may well love…