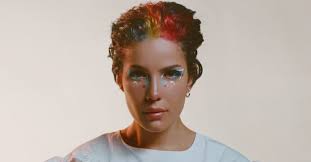 Pop star Halsey has spoken of her desire to release a punk album in the future. The singer was speaking to Vogue when she was asked whether her recent team-ups with Bring Me The Horizon and Machine Gun Kelly had inspired her to write her own punk album.

“I do really want to, but it needs to come naturally,” she said. “I’ve never sat down before and been like, ‘Okay, I want to make this type of album’. The album kind of makes itself.

“When that time comes, it’ll happen on its own. I definitely need to do it eventually, though, because I’m starting to age out of being angsty and punk.”

Halsey joined forces with Machine Gun Kelly for the pop-punk-leaning ‘Forget Me Too’, which features on MGK’s latest album ‘Tickets To My Downfall’.