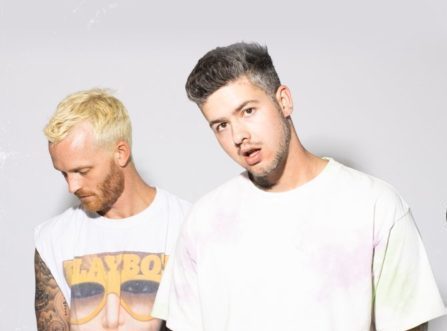 Watch the new heartfelt pandemic-inspired video from Girlfriends, which was made to “show support for anyone struggling to realise that they are not alone” during lockdown.

This new heartfelt video encompasses the trials and tribulations of this past year by featuring footage sent in from fans. The clip features fans from all over the world showing what they struggled with and overcame during the year of 2020.

This emotional collection of videos and images has been put together to show support for anyone struggling with mental health or any other obstacles.

“This video would not exist without every single person who supports Girlfriends. The fact that they trusted us enough to share their experiences, that so many of us go through, is a huge responsibility and one we did not take lightly,” shares Mills (musical artist, Beats 1 Host, actor).

“The video is a testament to the things that were supposed to tear us apart and how instead we persevere. It is a calling card to anybody out there who is struggling to know they are not alone. This is an honest and vulnerable representation of the people around the world who listen and relate to the music we make and we are so grateful to tell their stories.”

Over the last 12 months, the band have dropped new music and accompanying videos for singles Jessica, Eyes Wide Shut and California. The songs heralding praise from from MTV’s Friday Livestream, Loudwire, Alternative Press, PopCrush, idobi Radio, Noctis Magazine and more. All of the previous tracks have been added to coveted playlists including Spotify’s New Noise and California Rock State playlists, Apple Music’s New Music Daily and Breaking Alternative playlists. Fans can look into the writing of Eyes Wide Shut through a recent Beat x Beat feature with Beats by Dre.

Gross (Big Noise, Gross Labs, Find Your Grind) and Mills first walked up to the edge of rock stardom before either of them had left their teens. The brash and catchy hip-hop Travis made in his Riverside, California bedroom and posted on MySpace as “T. Mills” led to a major label deal, a spot on the Warped Tour, and an electric buzz, presaging the era of SoundCloud emo-rap and laptop hooks that was to come.

At 17, Gross found himself in New York’s Times Square playing MTV’s TRL, in a pop-punk band featured prominently on Laguna Beach: The Real Orange County, with a major label contract of their own.

Just like the punk rock music that first inspired him as a teenager, Mills sees girlfriends as an outlet for soulful expression and emotional catharsis. It’s a means to process his feelings of grief, uncertainty, and renewed vigor for life, in a way that’s likely to connect with others who struggle. Nick is equally enthusiastic to have another crack at pop-punk, the genre that first set him on his career path.

girlfriends is available to stream HERE.

If you enjoyed this check these out…