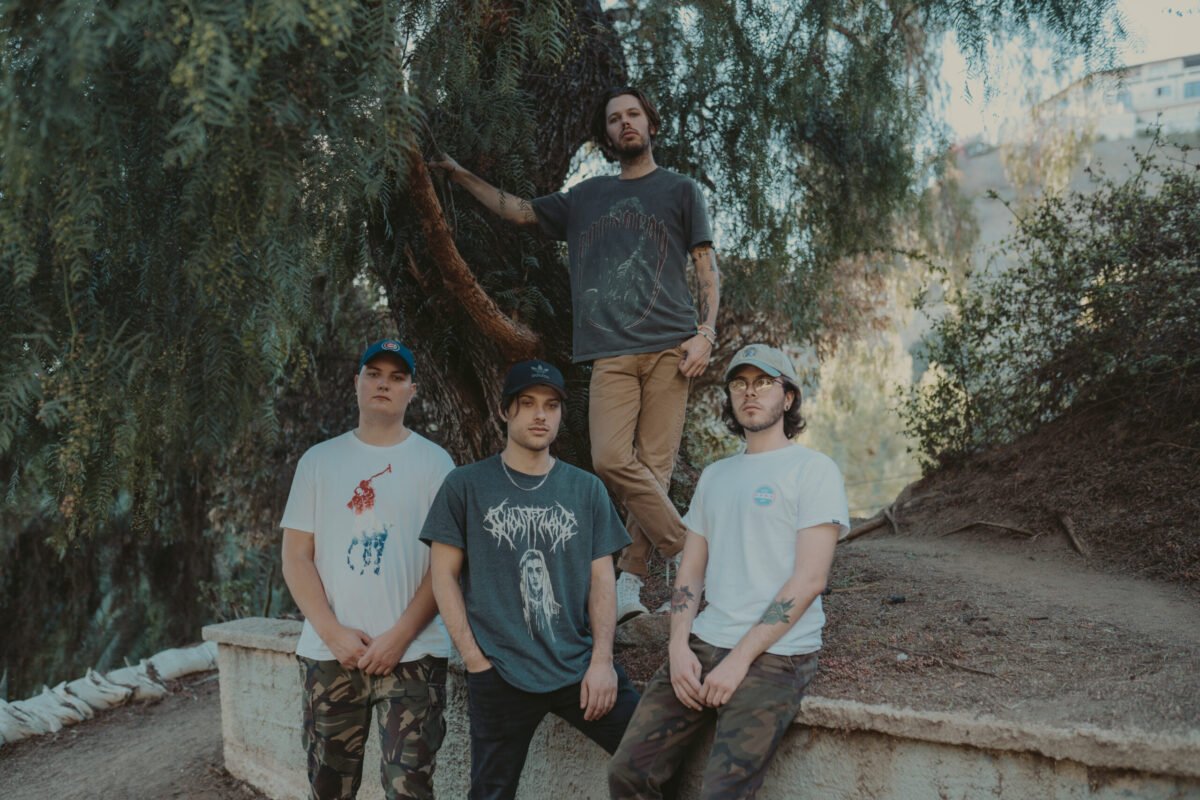 Aftermath, the band’s Pure Noise Records debut album, produced by the billion-streamed Andrew Wade (A Day To Remember, Neck Deep, Real Friends), is driving a chasm between Belmont and their peers with its stunning evolution.

Led by the classical training of lead guitarist Jason Inguagiato and drummer Brian Lada (both of whom studied at Berklee College of Music) as well as the pure instinctual prowess of the collective, Aftermath brings never-before-heard influences to the forefront in a brand-new way.

In a landscape more genre-less than ever, it’s the seamless, at times effortless blending of disparate sounds that guide Aftermath on a hyper-modern tour through musical styles – steadied by the pop-punk energy that’s won Belmont legions fans on tours.

The album’s first single, Parasitic, serves as a darker and heavier take on Belmont’s boisterous sound.

Lead singer Taz Johnson says, “There’s a lot of serious stuff on this album … it’s personal and vulnerable, and hopefully, people can relate to it. But at the same time, the process of making it taught us to remember to have fun.”

“All our influences are here, and we put them into one big melting pot,” drummer Brian Lada adds. “More than anything, I just hope this album inspires people to give less of a fuck and instead do whatever they want.”

Aftermath is out on 4th March via Pure Noise Records.