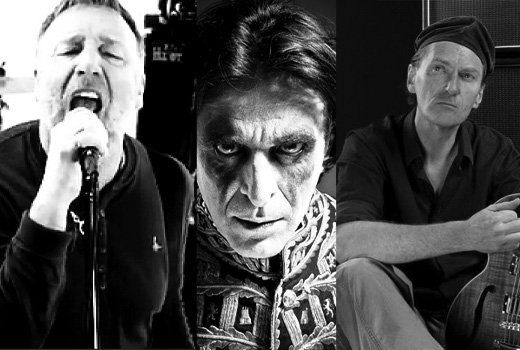 The K÷93 EP is released as numbered 10” on clear vinyl in a gatefold sleeve. Limited to just 2000 copies worldwide, this beautifully presented release also includes a gig flyer postcard and exclusive sleeve notes by Jaz Coleman and Peter Hook.

Recorded in 1993 at Peter Hook’s studio, the recordings were lost until November 2019 when Chris Kettle (formerly of E.G. Records) handed Jaz a DAT cassette at a record signing for  Jaz’s Magna Invocatio in a London record store, remarking, “look what I found,”.

Remastered from the original cassette, the session, “could be described as spontaneous and magical,” says Jaz Coleman.

“I think it sur­prised all of us,” Jaz continues. “Peter encouraged the softer, lower tones of my voice. And then, of course, we emerged from the haze and went our separate ways.”

“I think these tracks are great. I hope something else happens or at least we play them some time. I’ve missed you lads! “ exclaims Hook.

“When you listen to this rare chemistry, you will understand why I’ve always felt this experience begs for a full opus magnum somewhere in the near future,” Jaz Coleman says.

If you liked this, you may enjoy…