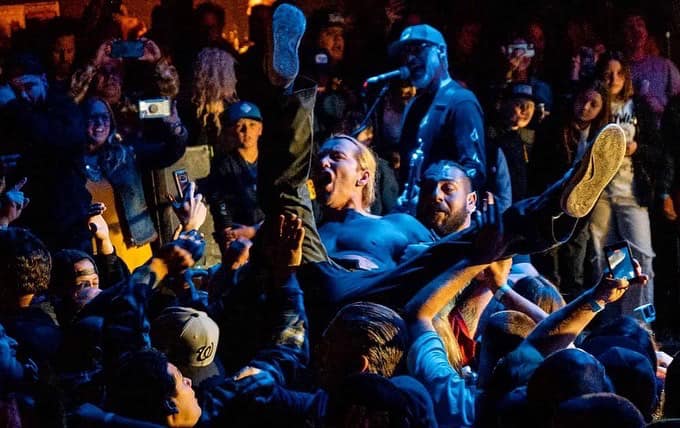 Pennywise wrap up triumphant five-night run of sold out shows by announcing sixth show, taking place this Friday, March 18, and you can choose the setlist.

While the first two rounds of shows found Pennywise performing their first five albums in full, spread out over five nights, the setlist for this weekend’s show will consist of songs from each of the five albums, as chosen entirely by the fans.

The band says, “Hey people, since we had such a great time playing our first five albums at the Garden Amp, we decided to add a sixth night this Friday, March 18 and let you guys (the fans, the diehards) choose the setlist for Friday for the first time ever. Pick any songs off the first five albums. Vote now at https://bit.ly/PW-SetlistVote. Special guests TBA.”

Formed in the South Bay of Los Angeles—a neighbourhood with a rich punk-rock history—Pennywise began in 1988. The band amassed an international following with their relentless touring and a melodic, high-energy sound fusing classic punk, surf punk, and blistering hardcore.

Pennywise has solidified its place in punk history through the years with iconic songs like ‘Fuck Authority,’ ‘ Alien,’ and ‘Bro Hymn’ (their timeless ode to brotherhood and departed friends).

Resolutely working outside the margins of the mainstream, the band has emerged as an enduringly vibrant staple on SoCal radio airwaves and the worldwide festival circuit.