Penetration’s PAULINE MURRAY Talks to Punktuation! about her new labour of love…and how it almost never came into being 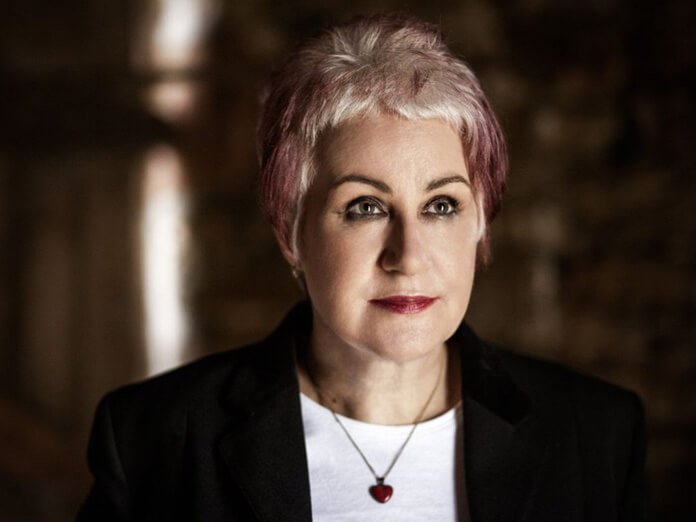 As lead singer of Penetration, Pauline Murray was at the female forefront of punk. Today she’s in touch with her softer side and has released a new single Here she discusses the punk heyday, how the Sex Pistols inspired her and then needed her, and how Bono et al owe her big time!

It’s 11am on a blustery but sunny Sunday morning in Newcastle and Pauline Murray is in fine, chatty form. Before heading to her recording studios, shut since the COVID-19 lockdown brought the world to its knees, she’s agreed to roll back the years for Punktuation! – and to talk about her new labour of love…and how it almost never came into being.

“I’ve never had much love for the music industry and that’s not changed. Even an independent label caused the album to be delayed – and you know when an Indie’s doing that, things are bad. But they’re all the same,” she says.

The album, coming in September, is Elemental. Prefacing it is the catchy Secrets, with a striking Youtube video showing her applying facepaint make-up to end up with a tribal look.

“Lockdown had started so I bought some facepaints, went up into the attic, turned on the light and just filmed myself putting on the facepaint. There was no other way I could make a video for the single, and this seemed to work.”

“I’ve never had much love for the music industry and that’s not changed. Even an independent label caused the album to be delayed – and you know when an Indie’s doing that, things are bad. But they’re all the same,”

Secrets has come to life – and come to light – after gathering dust for years – part of a ‘lost’ Pauline Murray solo album recorded in the mid-80s, that’s with a record company that either ‘won’t or can’t’ find the master tape. She contemplated taking legal action to get it back but in the end Pauline found a version of it on a cassette, got a band together and re-record it.

“It’s amazing that something hidden away for so long can asset itself into the here and now – like a secret being revealed.”

Though talkative, Pauline doesn’t give away too many secrets, but is happy to roll back the years and look at punk with the great gift of hindsight, a fading memory, and not a little fondness.

Based in the north east of England, Penetration were inspired to form after Pauline and her pals saw the Sex Pistols on tour in 1976.

“I was into them really early,” she recalls. “In fact, I saw them six times which, considering how long they were together, is quite an achievement.

“The energy of that band. Having seen them I had to form a band. I played Never Mind The Bollocks the other day, for the first time in ages…and I was struck by the energy and anger in those songs. It’s still one of the greatest albums for me.

“Once we had the band together Malcolm McLaren would ring me to ask if there were any gigs on locally so he could get them on the bill. There were two punk scenes in London and Manchester and, here in Newcastle, we were a little out of that scene. But we always did our best and certainly achieved a lot in a short time.”

One of Penetration’s earliest gigs was supporting the Stranglers at Newcastle City Hall.

“It was over in a flash – we must have only played 20 minutes because we were new and didn’t have that many songs. But what a great thing to do. The Stranglers were huge. A few weeks earlier, we’d been in the audience at the City Hall, as we had been for years. Then we were up on the stage.

“Next we were off to America with the record label trying to break us over there. It was a hard slog and we were pioneers – one of the first bands in punk to go over to the States. Because we had a guitar-based sound, the label thought we had a chance.

“It was tough and the recording and touring schedule was too much for us in the end. We’d started the band as 18-year-olds and had gone at it full pelt with no intention of creating a career, just to give it a go. But we paved the way for others – the likes of U2 – to go to America and conquer it.”

Penetration’s legacy is five brilliant singles – Firing Squad, Don’t Dictate, Danger Signs, Life’s A Gamble and Come Into the Open; and three albums, Moving Targets, Coming Up For Air and Race Against Time.

“We’d started the band as 18-year-olds and had gone at it full pelt with no intention of creating a career, just to give it a go. But we paved the way for others – the likes of U2 – to go to America and conquer it.”

A year later, she popped back with legendary Joy Division producer Martin Hannett at the controls to record her Invisible Girls album.

Apart from the lost 80s album, Pauline faded away from the scene until Penetration’s reformation in 2002 and then, a full 13 years later, the crowdfunded Resolution. (Well worth a listen by the way, lapsed Penetration fans.)

Another five years on, (and after a flurry of Penetration activity, including performing with punk royalty at the 2019 Royal Albert Hall concert to celebrate the life of Peter Shelley of the Buzzcocks) she has ditched the guitar to take a synth and acoustic-based approach to her new work.

“I think it’s got a commercial sound but so far no-one’s played Secrets on the radio,” she sighs. But the signs are good for the album. Pre-orders for the orange vinyl version have sold out and I’m signing all the others.

“Downloads for Secrets are quite healthy but as soon as you make anything digitally, you lose control. It’s out there and can be copied easily. We thought in the 70s and 80s that home taping was killing music, but digital is doing that and people have to realise that I’ve put a lot of effort, anxiety and energy into making this album. If people don’t start paying for music there won’t be any artists soon.”