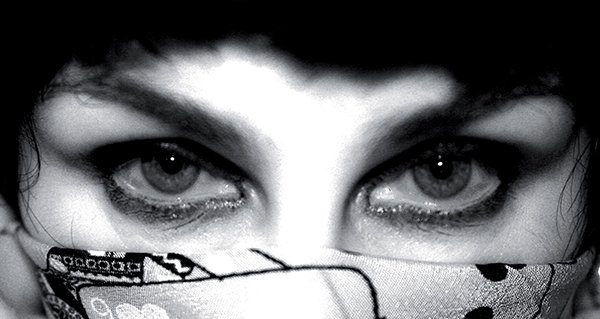 Pauline Murray, singer, songwriter and performer with iconic first-wave punks Penetration and 80s pop ensemble the Invisible Girls releases her third solo album Elemental on 25th September. Listeners got their first taste of the classic synth-led pop sounds of Elemental with the release of the Secrets single back in June, and today Pauline follows that up with the upbeat and melodically addictive new single Shadow In My Mind.

“Shadow In My Mind has only ever been performed as part of my acoustic set (supporting the Mission, Ronnie Spector, Doctors of Madness and toured solo in Australia in 2014),” explains Pauline. “The song is about the dialogue we constantly have with ourselves both positive and negative and how we can be our own best friend or our own worst enemy.”

For the video, Pauline filmed in Polestar Studios, the recording and rehearsal space she set up in 1990 in Newcastle-Upon-Tyne and still runs to this day.

“I am rocking my new suit, which was bought just before lockdown, for the first time,” she continues. “It’s not the most groundbreaking video but was fun to do on a sweltering hot day (last Saturday). The song was originally performed acoustically so it’s nice to get back to that.”

The recording of the song began in France in October 2016 with acoustic guitar and keyboards and was completed at Polestar Studios Newcastle Upon Tyne with additional musicians –  Steve Hopkins, keyboards, Paul Thompson, drums, and Robert Blamire, bass who is also the producer.

Pauline will be touring with The Psychedelic Furs in April/ May with a full band, performing songs from her acclaimed album ‘Pauline Murray and the Invisible Girls’ as well as a selection of songs from her new album ‘Elemental’.