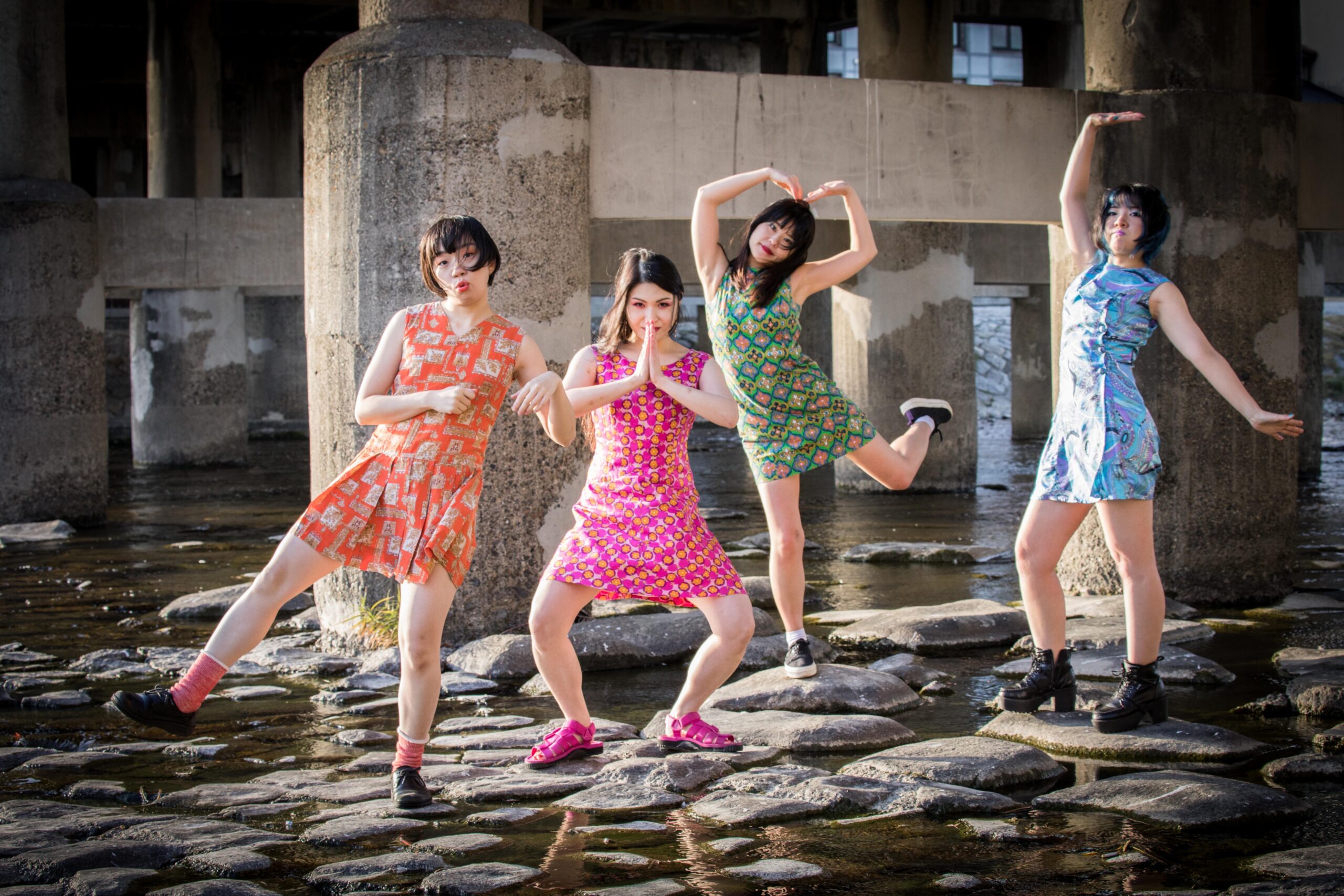 YAKITORI, the latest single from Otoboke Beaver, comes from their new album Super Champon, out May 6 via Damnably. It’s just one of a few food-themed songs on the album meant to be more subversive than their titles would imply.

Here ‘yakitori’, or Japanese skewered chicken, is used as a weapon of choice in a petty act of revenge, essentially acting as a “sorry-not-sorry” about throwing yakitori through your letterbox. Vocalist and guitarist Accorinrin says, “We are not popular in Japan, but we have been told by some Japanese people that we are flirting with foreigners. I was so pissed off by this that I decided to write songs with ‘Japanese’ and ‘foreign flirtatious’ titles, such as ‘SUSHI’ and ‘YAKITORI.’. It’s a meaningless song, ‘I’m the one who threw yakitori in your mailbox.’ Not so flirtatious, right?”

Super Champon follows 2019’s critically acclaimed Itekoma Hits. Champon is a Japanese noun meaning a mixture or jumble of things of different types; as the band explains, “It’s a mixture of songs from love to food, life and JASRAC. Our music is genreless and has various elements. We hope that it will be our masterpiece of chaos music. It also sounds like champion.” Previously released singles, PARDON?, I am not maternal, Don’t call me mojo, and Dirty old fart is waiting for my reaction, sees the band pushing back on societal pressure to reproduce, calling out ridiculous judgements on what gives a woman value, and reacting to uninvited counsel from patronising people.

Across 18 songs, chief singer-songwriter Acco expands the band’s possibilities and pushes their musical skills to the limit. Acco has remarked previously that she is more influenced by ‘manzai,’ a traditional style of comedy in Japanese culture. This is comparable to double-act comedy or stand-up comedy. It is exemplified by its use of slang puns and wordplay, speedy back-and-forth dialogue and impeccable timing in delivering a punchline—characteristics of which Otoboke Beaver’s music shares in droves.

Acco’s off-kilter self-taught compositional and confrontational performance skills, alongside the band’s incredible musicianship, make for a thrilling and unmissable live act. The band will tour North America in the fall of 2022, with dates and tickets available here.

For more punk news, check out these stories.