“One Is Amused!” Punk Portrait Makes Her Majesty Larf 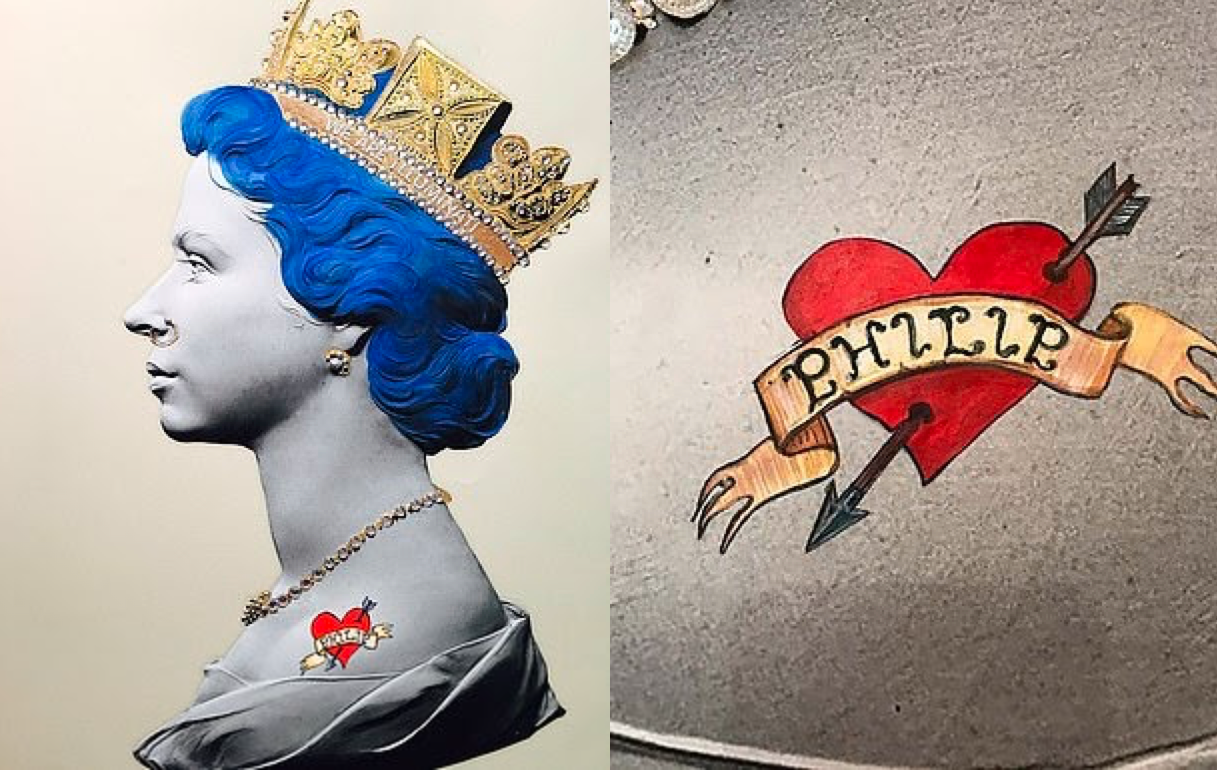 Neon ‘Punk’ artist Mark Sloper, who exhibits as Mark Illuminati, has created an image of Queen Elizabeth II in which the Monarch has blue hair, a nose ring and a heart-shaped tattoo inscribed with her husband’s name, Philip. The Queen was said to have found the painting hilarious but HRH apparently asked for the tattoo to be altered to show off her royal crest instead.

Mark said he gave a copy of the print to a friend who showed the Queen’s lady in waiting.

“He said my print had been shown to the Queen who burst out laughing,” the artist told the British tabloid rag The Sun: “The message was, she said it was really good but didn’t like the Philip tattoo and would prefer the lion and unicorn crest. But when I was told she had been shown the portrait, I was happy to make the change. I never got this print back so I assume it may be hanging up in her toilet.”

However, Mark said he got a bit of stick from some royalists. “I got a visit from a Blues and Royals guardsmen and then a phone call telling me it was bad taste. ”